Beverly Hills, CA -- (ReleaseWire) -- 08/21/2014 --Steve Martin's "Blue Heaven" St. Barths home was listed by Samuel Fahlberg of Sotheby's Realty for 10.623 Million dollars. Most Powerful List acknowledged the home as one of the most stunning and romantic locations in the world. "Reason is location, location location. Pretty cliche, but what else matters when it comes to peace of mind on a real estate transaction. Noting but location. Even though this Blue Heaven is the dream get a way, it gives you that double comfort, makes sense and gives you blissful memories," says Richard Mahee, Most Powerful List (Mahvrick).

Why Sell this 28,191 square foot dream home on the side of slice bliss you may ask...Steve is too busy on tour for a break. That is the only thing I can think of... "At age 69, Steve is one of today's most loved and versatile celebrities doing everything from writing comedy, plays, music and books to stand-up comedy to stage and film actor and musician. Steve just finished a bluegrass music and comedy tour with The Steep Canyon Rangers and Edie Brickell. Their last concerts were in Austin, Houston and Dallas where Edie's husband, Paul Simon, made a surprise appearance. Steve and Edie's brand new musical, “Bright Star,” about a World War II soldier and the female editor of a southern literary journal set in the North Carolina Blue Ridge Mountains has its world premier in San Diego on September 13," says Sotheby's Realty.

Most Powerful List notes that the home is worth 12-13 million dollars. The 10.632 mil is the sticker for this incredible dream home. The price is a dream within itself," Pramo Virk, Makvrick UK Operations.

About Mahvrick
Owns Most Powerful List, Most Beautiful List, and Best Dining List. All are top on Google.com, Yahoo and Bing Search engines and reaches over 1 million high net worth individual and celebrities worldwide each month. Its owner "Mahvrick" has 47,000 members worldwide. 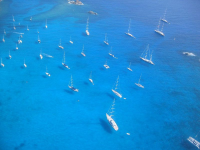