Miami, FL -- (ReleaseWire) -- 02/24/2016 --A team of Ukrainian and American specialists has just launched their brainwashing detecting software campaign on Indiegogo (http://igg.me/at/leegle/). The app named Leegle (http://igg.me/at/leegle/) can analyze any written text or pronounced speech and alert users on the degree and direction of brainwashing.

The three partners with linguistic, psychological, marketing, legal and programming backgrounds have started a company under the brand of Moon-S-Peak (https://www.facebook.com/moonspeak.inc/?fref=ts) registered in the USA. Their claimed goal is to provide safety and protect users from the techniques of brainwashing, mind control and manipulation behind the firewall of technology.

It is in the human nature to react in a certain way on different verbal stimuli. The body works faster than the brain, and such peculiarities of our nervous system are often used by mass media, street thieves, pickupers, pedophiles, human traffickers, religious sects, politicians and advertisers. Even regular business negotiations, bargaining, dealing with sales people or fundraisers mean exposure to brainwashing and manipulation.

"It's important to make a clear difference between brainwashing and lying. Leegle performs well with the first but can't do the second"

The new technology is a result of the 12 years of mind control and manipulation techniques research and preparations. Now the key algorithms have already been written and tested. Leegle utilizes the triple approach to filter out brainwashing from the text:

2. TaSA - Transaction and Scenario Analysis - is a psychological practice that examines behavior and interactions (or 'transactions') between people;

3. EMO - Emotional Mind Operations - is a complex database of emotional clusters linked to words and their combinations that actually manage our thinking and decision making.

The users are free to set their own preferred limit to brainwashing level as well as to decide whether to keep Leegle ON or switch it OFF. Though it should always be ON in your children's smartphones for constant protection from the child abuse - either sexual, bullying or any other kind.

It is also important to understand that most of the TV shows, news and ads will flash red alarm for the most of the time. As well as any texts intended for children, preaching or anything emotional that you freely chose to watch, listen and read.

The usage is recommended on the streets, when reading important information, at the business meetings and for the children without adult supervision.

"A child never suspects bad intentions from an adult, so we do that job. Clearly, the same applies to young ladies during making the new acquaintances: charmed, they can't distinguish whether the guy is really falling for them or is just a professional pickupper"

About Leegle
Leegle will work on PCs, smartphones, tablets, smart TVs and wearables like Apple Watch or Google Glass. It is only basic design and 3 languages now and the reason for crowdfunding on Indiegogo is to hire servers, pay Google for speech recognition, create platforms for Windows, Mac OS, iOS, Android etc., as well as to set up the user support. 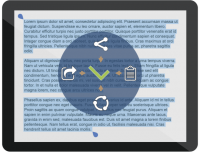 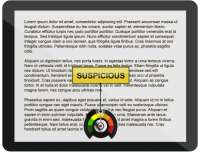 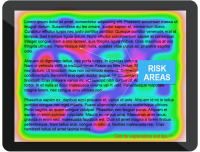