Seattle, WA -- (ReleaseWire) -- 10/12/2017 --A new report from StopPestInfo.com says that bed bug infestation has increasingly become a pressing problem in public spaces rather than in individual households. Hostels, university dorms, schools, and laundries are posing a risk of picking up these bloodsuckers and bringing them to homes. Cases of terrible bed bug infestations detected this fall have made headlines in a flurry of media reports. Some victims have to resort to such measures as staging protests amid ongoing infestations to defend their right to a decent life. Not only do these bites result in red welts which are extremely itchy and painful, but they also make the victims feel humiliated about their appearance because bed bugs are traditionally associated with dirtiness and unhygienic conditions at home.

In particular, on October 10th, the media reported that the bed bug problem detected several weeks ago at Henninger High School has now spread to 7 other schools in Syracuse, N.Y. Jaime Alicea, a city school superintendent, disseminated a letter to the parents saying: "We are asking all families to thoroughly inspect their child's personal belongings and backpacks to ensure they are not 'carrying' these bugs." Indeed, at a time when public establishments are not safe anymore, it's high time to take the things into your own hands. The schools has already published an instruction on how to deal with the issue, for more details read StopPestInfo guidelines regarding the ways of eradicating bed bugs.

Earlier, CNYCentral reported that the pest situation at Henninger High School had deteriorated to the extent that the students and their parents came out in public protest on September 28, to draw attention to the issue. They were outraged that the problem had not been solved despite the fact that first bed bug cases had been observed a week before the gathering took place. Indeed, it is easy to get any residence infected but hard to get rid of these pests. "My son has to go home and strip on my porch from his clothes before he can go to my house, cause I'm paranoid," an upset parent noted. One cannot but wonder whether all public spaces should be considered now unsafe in terms of bed bug infestations. Don't we deserve to live in a better environment given that all is needed are preventive pest control measures to be practiced on a regular basis?

According to ABC7 Chicago, recently, bed bugs were found in one of the dorms of the University of Illinois - Chicago, with the inspection being currently underway. One of the students decided to share her bitter experience of stink bugs eating her skin saying: "As soon as I got out of the shower and saw these on the back of my arm, I was just disgusted".  On October 10th, a bed bug infestation was reported in the Williams building of the Florida State University after several students complained about being covered in bites.

Moreover, it's becoming more common that the families living in housing complexes keep their apartments clean but cannot avoid bed bug infestations due to the negligence of the owners. "My son got bed bug bites all over him... he's four months old," a shocked woman living in an apartment complex in Essex Village, Connecticut, told CBS 6, blaming the owners of the building. Gathered at a Town Hall meeting in mid-September, residents of the infested housing complex were determined to get organized and stand up for their rights. "One of the rights you have is you're a citizen of Henrico County. Every citizen is supposed to be treated in a respectful way," their Board Member said.

Worse still, these insects are notorious hitchhikers which is why they spread so easily within the neighborhood and from one country to another. The Washington Post with reference to a study conducted by the National Pest Management Association that bed bugs can be found thriving just about everywhere —  in apartment complexes, hotels, nursing homes, trains, planes, schools, offices, in seats at cinemas theaters, and many other places. According to the paper, almost sixty percent of all U.S. pest control organizations have spotted bedbugs in the nursing homes to which they provided services. The second highest level of a bed bug infestation has been detected in homeless shelters which are followed, oddly enough, by offices and college dorms. Schools and medical facilities are fifth and sixth respectively. Nevertheless, this problem is most common in the facilities where people spend much time in beds.

WHAT SHOULD YOU DO TO AVOID HAVING BED BUGS AS YOUR FELLOW TRAVELERS?

The Daily Express, a British newspaper, reports an increase in bed bug cases and links the issue with growing international travel. This picture of bed bug bites sent in by a girl, who had a misfortune to spend her vacation in Fiji, provides a dramatic illustration of dire consequences of such kind of infestation.

William Hentley, an entomologist at the University of Sheffield, told The Daily Express, the root of the problem in hitchhiking. A study conducted by the university has revealed that bed bugs are attracted to the smell coming from dirty laundry baskets usually located in bedrooms. This implies that travelers can carry the pests with a suitcase of dirty clothes when returning from holidays to their homes. In this case, the best option is to wash all clothes on the last day of the trip, for instance, making use of cleaning services normally provided by hotels. This is not the only solution to the problem though. Here are some tips on how to prevent bed bugs from being transported from hotels into homes:

- Do not put a suitcase on a bed as this item of furniture is among the top potentially infected places. Instead, put it on any surface without fabric.

- Check the hotel room for bed bugs. In particular, inspect along the mattress seams and in crevices of the bed frame, as well as other cracks in the room. Look at where the furniture meets the wall and thoroughly inspect the cupboard since it is particularly attractive to bed bugs.

- When inspecting the room, look for blood smears left by these insects, live bed bugs which are the size of an apple seed and their white-colored eggs. In case of the detection, report the problem to the hotel manager.

WHAT SCIENTISTS SUGGEST DOING TO GET RID OF BED BUGS

Earlier, StopPestInfo.com published a detailed review based on scientific studies on how to identify and eliminate bed bugs in the house. Below, let's have a look at some most effective pest control solutions offered by specialists. Eliminating a bed bug infestation is not an easy task and should rather be entrusted to professionals, and yet it is worth a try.

- Eradicate bugs and their eggs using a vacuum, however, keep in mind that it should be a really powerful device to do the job properly. Focus on mattresses, carpets and beneath the baseboards where these pests typically congregate. Note that vacuuming should be repeated on a regular basis to obtain satisfactory results. Also, use portable steam cleaners as they effectively kill bed bugs.

- Freeze bed bugs to death. Place infected items in a freezer for half a week, with a temperature not exceeding 0°F. The pests will not be able to survive.

- Kill these insects by hand, squashing them or capturing on sticky tape. To bring results, this measure should be implemented regularly, however, do not expect the large infestation to be eliminated by just removing individual insects. But if eager to do it, take a flashlight, sticky tape, bags, and hot water mixed with soap. Move the card along cracks to force the insects out and trap them with the tape. Wipe up infestations as well as all bug traces with soapy water.

- Seal up cracks and crevices along windows and doors as well as in walls which is a common shelter for bed bugs.

- Insecticides are available in the form of sprays or dust, with the latter suggested for application directly to crevices and cracks. A drawback for these chemical solutions is that they cannot be sprayed or sprinkled on the bed as it can be dangerous to the human health. Among the commercially available products, there are synthetic pyrethroids including such active ingredients as cyhalothrin and bifenthrin, and botanical oils which impact is significantly lower. Botanical insecticide pyrethrin produces an immediate result but is not durable. In addition, take into consideration that in some areas bed bugs have become resistant to insecticides, and then, other methods should be considered.

Even so, keep in mind that whatever is done to prevent the infestation or eradicate bed bugs in one's home, all of this mess will have been for nothing if preventive measures on return from trips or public spaces aren't taken.

About StopPestInfo
StopPestInfo.com provides you with trustworthy do it yourself pest control methods guides and product reviews, based on scientific researches, market investigations, customer feedback and testimonials. 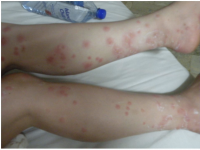