Treedom produces Oud oil with its own sustainable plantations and factory in Thailand, to well-established markets in the GCC nations for its wellbeing properties. That market is extending into Europe as popularity for the unique scent grows and high-profile perfumers create male, female and unisex scents for the growing demand.

For thousands of years, Oud oil has been extracted from Agarwood, the rarest natural raw material on the planet. Known as 'liquid gold', the therapeutic and medicinal uses of Oud oil are renowned throughout Arab cultures. The oil has long been considered a powerful anti-inflammatory, effective in the treatment of arthritis. Oud oil's anti-microbial character has lead researchers into looking at the oil's use in fighting bacterial infections. Carvacrol, trepans and phenols, present in the oil, attack viruses and bacteria within the body.

Treedom CEO, Andrew Steel welcomes the latest study findings. "Oud oil has been used as a scent and to inspire wellbeing for centuries and there is a lot of anecdotal evidence about its therapeutic effects that cannot be ignored. The idea that this natural oil could lead to the development of life-saving cancer treatment and reveal important information about how to beat one of the world's biggest killers is incredible.

What is exciting is that we have found that there is an increasing interest in Oud oil outside of regions such as the Middle East. I hope that this growth in popularity and greater understanding of the cultural and medicinal history of the oil with also be explored scientifically. There is still so much we don't know about Oud oil and this latest study proves that. What is true is that the complexity of the scent adds to its mystique and it is fast becoming a feel-good fragrance in many parts of the West." 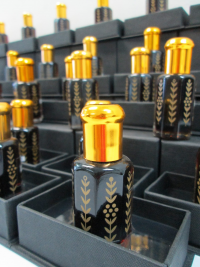