Success Guru: How to Stay Motivated when Letdown Is Overwhelming

Shawn Anderson Reveals Secret To Not Quitting After Consistent Failure

Los Angeles, CA -- (ReleaseWire) -- 03/01/2016 --Motivational author and speaker Shawn Anderson is passionate about inspiring people to keep on track with their goals and "live a life you love." "Unfortunately," Anderson shares, "rejection and failure have opposite plans for us."

"Continuously being rejected, failing, and hearing 'no' can be devastating," Anderson shares. "It can leave confidence at rock bottom and risk-taking forever on hold." But according to Anderson, rejection is a "part of success's weeding out game."

"Very few of us wouldn't love to experience more success in our bank accounts, relationships, health…wherever," Anderson says. "But the reason more people don't is because they cut the connection string between success and themselves too easily."

The author of six motivational books, including A Better Life: An Inspiring Story About Starting Over and Extra Mile America: Stories of Inspiration, Possibility and Purpose, Anderson is also the creator of Extra Mile Day - a day recognizing the capacity we each have to create positive change when we go the extra mile. On November 1, 2015, 551 mayors and cities made the unique declaration and recognized those in their local communities who were going the extra mile in order to create change and make a difference.

"None of us are exempt from failing and hearing 'no.' In fact, anybody who isn't hearing 'no' enough isn't setting his ambitions very high," Anderson says. "What I see most, however, are people living disappointed lives not because their initial goals lacked size, but because of their commitment to weather the 'no' storm."

Recognized for having interviewed hundreds of people who have moved past failure, rejection and tragedy in order to accomplish their goals, Anderson offers four tips on how people can stay motivated when their results aren't motivating.

First, Anderson says it is important to have an overwhelming purpose and passion to succeed. "If our resolution to succeed is weak, continued rejection eventually pushes us to quit trying and, instead, drives us into excuse mode. Those who succeed, despite failure after failure, have unstoppable fortitude. Think 'Unstoppable.'"

Second, Anderson shares, "Never forget you are the cue ball. When the cue ball goes into motion, the other balls on the pool table go into motion, too. If you hear 'no' once, twice or ten times, don't let it stop you from playing. Assume from the beginning that it will take the cue ball being set into motion 100 times in order to eventually succeed."

Third, Anderson says, "Keep sharpening your ax. Hearing 'no' dulls our confidence and desire. The duller we get, the duller our results become. Stay sharp by exercising daily, reading empowering books, and hanging out with inspirational people."

Finally, Anderson states, "Never stop going the extra mile. If you're hearing lots of 'no' in your life, turn 'no' around by adding more value to your offer or effort. Put more of you into whatever you are doing…more time, more creativity and more awesomeness" 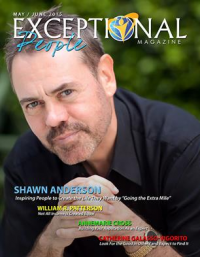 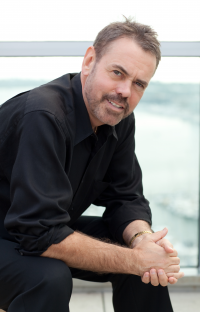