Yamin, who recently released his Debut EP, Urban Stories, to international audience is quickly making a name for himself worldwide after emerged to be one of his country's best musicians.

After releasing his latest single,"Stay", which followed by an extremely emotional music video directed by Sahar Golovaty , Snir is now working on his first LP album (Known as Long Play) with his New York based label - The Cutting Room.

According to Bandcamp, one of the biggest private held companies providing an online music store in the world, Yamin's EP, Urban Stories, had several times on the the best sellers chart list for 2013 since released on last September.

While getting all the paperwork done to bring the Israeli musician to the United States for performing purposes, It seems that the "Stay" singer and his management are making advanced contact with lead indie-music labels and extremely successful artists in the US.

The first show on Snir's tour will take place on May 12th at London's world famous music venue, The Vibe Bar. The tour will then continue to the US and will take place at some of New York established venues: Rockwood Music Hall and Ella Lounge, heading to Miami and Seattle for private VIP companies events. 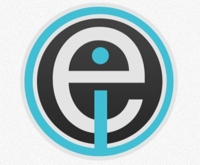