Superstar Judge from MasterChef Brazil Will Open His First US Restaurant in North Beach, and Is Designing Menu for the Marriott Resident Inn Surfside

Surfside, FL -- (ReleaseWire) -- 07/06/2017 --After a 12-month search for the ideal restaurant location, Brazilian chef and reality TV personality Henrique Fogaça has chosen an up-and-coming North Beach neighborhood for his first US location. Silvia Sabates Coltrane, CEO of Transacta Developers, confirmed that Fogaça plans to bring his culinary enterprise to the mixed-use project she is developing at Collins Avenue and 72nd Street in North Beach. "Plans are well under way for a projected opening in the fourth quarter of 2019. We are finalizing our hotel brand selection, and now are concentrating on the project's approximately 20,000-square-foot retail component," said Coltrane.

"We are thrilled that Chef Fogaça, who is widely known through his role as a judge on Brazil's Discovery Channel Master Chef program, will bring his Brazilian flair and incredible following to our property. His destination restaurant will be an important addition to the North Beach community." Fogaça owns several restaurants and bar in Sao Paolo that are extremely successful.

A year ago, a film crew for his reality TV show followed Fogaça, Coltrane, and agent Patricia Prado, who is with Coltrane's Real Estate Transactions International, through prospective locations in downtown Miami, Wynwood, and North Beach. "We are really excited to welcome Henrique Fogaça, one of the top chefs in Latin America, to South Florida," said Prado, who has been instrumental in bringing many important Brazilians to Miami. "The North Beach area is becoming the latest hot spot for celebrity chefs." 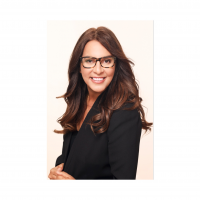