Philadelphia, PA -- (ReleaseWire) -- 03/02/2016 --The Kimmel Center in Philadelphia will welcome three of Broadway's biggest names as part of its new concert series at The Merriam Theater this season, produced by Mark Cortale. Sutton Foster, two-time Tony Award winner for "Anything Goes" and "Thoroughly Modern Millie" and star of TV's hit series "Younger" will perform for one concert only on March 3 with Michael Rafter at the piano. Megan Hilty, breakout star of NBC TV's "Smash" and Broadway's "Wicked" and the current Broadway production of "Noises Off" follows on May 17th, and Kelli O'Hara, Tony Award winner for the current "The King and I" on Broadway, will close the season on June 14th. Both Hilty and O'Hara will be joined by Sirius XM Radio Star Seth Rudetsky as pianist and host of the series that began in October with Audra McDonald. For tickets and information please visit http://www.KimmelCenter.org or cal 215-893-1999.

Sutton Foster (performing March 3, 2016) won two Tony Awards for her leading roles in "Anything Goes" and "Thoroughly Modern Millie" and stars on television's hit new series "Younger" on TV Land, which premiered last year to rave reviews, launched its 2nd season on January 13 - and has announced it has already been renewed for a 3rd season for next year. Sutton recently starred in the revival of Andrew Lippa's "The Wild Party" for Encores at City Center this past July. She was nominated for another Tony Award in Jeanine Tesori and Brian Crawley musical "Violet" at New York's Roundabout Theatre in 2014. Sutton Foster has starred on Broadway in "The Will Rogers Follies," "Grease," "The Scarlet Pimpernel," "Annie," and "Les Misérables" before her big break and Tony Award-winning performance in "Thoroughly Modern Millie." She has since then originated roles in the Broadway productions of "Little Women," "The Drowsy Chaperone," "Young Frankenstein," and "Shrek the Musical." She recently starred as Reno Sweeney in The Roundabout's revival of "Anything Goes," a role that earned her the 2011 Tony, Drama Desk, Outer Critics, Astaire, and Broadway.com's Audience Favorite Awards.

She was first seen on television on "Star Search" at age 15, and has appeared in "Johnny and the Sprites" and "Flight of the Conchords." More recently, she was the star of the ABC Family TV ballet 'dramedy' "Bunheads," created by "Gilmore Girls" writer/producer Amy Sherman-Palladino. She is the star of the new TV Land series "Younger" by "Sex and the City" creator Darren Star, which co-stars Hilary Duff and Debi Mazar. Last year she also appeared on the prestigious 36th Annual Kennedy Center Honors broadcast, where she performed a medley of hit Broadway songs made famous by honoree Shirley MacLaine, including "Something Better Than This," "Steam Heat" and "She's No Longer A Gypsy."

Megan Hilty (performing May 17th) in addition to her break-out roles on TV's "Smash" and "Sean Saves The World" (starring opposite Sean Hayes), Megan made her Broadway debut as Glinda in "Wicked" shortly after graduating from prestigious Carnegie Mellon University, and went on to perform the role in both the national tour and in Los Angeles. She has also appeared on New York stages as Lorelei Lee in the Encores! production of "Gentlemen Prefer Blondes," for which she earned rave reviews. For her critically acclaimed portrayal of Doralee Rhodes in Broadway's "9 to 5: The Musical" she received nominations for the Drama Desk, Outer Critics Circle, Drama League Awards, as well as the L.A. Stage Alliance Ovation Award. She has previously performed with the National Symphony Orchestra at the Kennedy Center, the New York Philharmonic at Lincoln Center and with the Cincinnati Symphony. Her voice was featured as Rosetta in Disney's "Tinker Bell: Secret of the Wings" and also in Disney's "The Secret Life of Magic Gourd," "Phineas & Ferb," "Glenn Martin DDS," "American Dad," "Tinker Bell and the Pixie Hollow Games," "Robot & Monster" as well as singing as Snow White in the film "Shrek the Third." Megan recently wrapped production on Summertime Entertainment's animated film "Legends of Oz: Dorothy's Return" with Kelsey Grammer, Hugh Dancy and Lea Michele, slated for release in 2013. She can also be heard alongside Placido Domingo on the opera star's duet album. Megan was recently signed to Sony Music in a partnership between Sony Masterworks and Columbia Records. Her new album, "It Happens All The Time," was released last spring, including fresh interpretations of compositions by contemporary songwriters and producers.

About The Series
This Broadway @ concert series was created in 2011 by Producing Artistic Director Mark Cortale at The Art House in Provincetown featuring Seth Rudetsky as pianist and host. In its fifth season this past summer the series including some of the entertainment world's biggest stars including Neil Patrick Harris, Sarah Jessica Parker, Matthew Broderick, Audra McDonald, Rosie O'Donnell and Vanessa Williams. The Broadway @ series also premiered in 2013 in New Orleans, in Australia (Sydney & Melbourne) with Megan Mullally and in London's West End with Patti LuPone at the Leicester Square Theater. In 2014-15 the series travelled to Santa Monica @ The Broad Stage, New Orleans @ The New Orleans Center for Creative Arts (NOCCA), Fort Lauderdale @ The Parker Playhouse, San Francisco @ The Nourse Theatre, Dallas @ The Dallas Theater Center, and in Detroit @ The Berman Center for the Performing Arts. Additional artists who have participated in the series include Sutton Foster, Megan Hilty, Chita Rivera, Cheyenne Jackson, Gavin Creel, Ana Gasteyer, and Joanna Gleason. 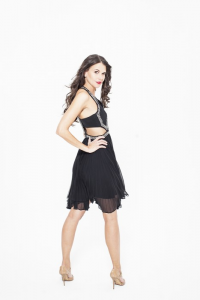