First made famous by Ross Geller on the NBC hit show “Friends”, The Laminated List launches to give everybody a shot at a fantasy free pass. Referenced on Entourage, Ballers and in Glamour magazine, the list now laminated rides the pop culture wave worldwide.

Sydney, NSW -- (ReleaseWire) -- 03/09/2016 --Online novelty gift company Laminate5.com announces the launch of the first official Laminated List. Popularized by the sitcom 'Friends' in the 90's, the Laminated List is a membership card containing the top 5 names, usually celebrities, someone could have a 'free pass' with without repercussions from their partner or spouse.

Laminate5.com is an online novelty gift store where users create their own Laminated List. The company then designs, prints, and ships the membership cards to purchasers. Gift cards are also available. In addition to the bachelors and bachelorettes, the Laminated List is finding broader appeal as a gift item for anniversaries, birthdays, and other occasions.

"My bridesmaids hosted a Laminated List Bachelorette Party for me. It was good clean fun with a lot of dirty conversation thanks to Laminate5.com."

Although the Laminated List is established in pop culture it has never been available commercially. Social media websites Pinterest, Twitter, and Facebook are home to thousands of Laminated List conversations and photos. In addition to the Friends episode, the List has been referenced on HBO's Entourage and more recently Dwayne 'The Rock' Johnson's show Ballers.

U.K. celebrity couple Matt and Emma Willis referenced their 'Lists' in a Glamour Magazine interview. "I was at the top of Matt's Laminated List before we even met - that's why he's now my husband!" said television host Emma Willis of husband Matt.

Laminate5.com is the first and only company to convert the idea of the Laminated List into an actual product. The company is launching a crowdfunding campaign on Kickstarter.com to expand its profile.

The idea for Laminate5.com was born during a rerun of the now infamous Friends episode. Research revealed that while thousands of people were talking about their 'Laminated List' no such product actually existed. Lee Labovitz, an American-born entrepreneur currently living in Australia, founded Laminate5.

About Laminate5.com
Laminate5.com is a platform founded by Lee Labovitz, an American-born entrepreneur currently living in Australia. The company is the proprietary purveyor of the Laminated List. 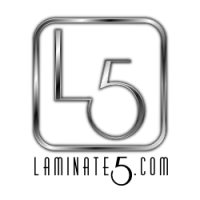