Author, Yolanda King's first book, Curlilocks and the Pink Pandas, was listed on BuzzFeed's "19 Unforgettable Children's Books that Celebrate Diversity." With a need for more inclusive stories in her own home, King created a character based on Goldilocks to tell a modern children's tales. Her newest release continues to fill the growing need for diverse children's literature.

In this sequel, Curlilocks, a young girl with super curly hair, is asked to deliver pies to her three aunts. Not allowed to taste the treats, Curlilocks wrestles with her conscience, personified by the Big Bad Hairbrush. Her appearance slowly changes at she gives in to temptation in this playfully illustrated story.

King, an Austinite, wife and mother of two, is passionate about increasing options in children's literature. She leads a book club for first, second and third graders sponsored by the George Washington Carver Museum in Austin, Texas.

For more information on Yolanda King and her books, visit tangledpress.com 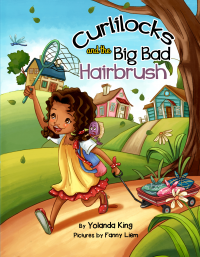 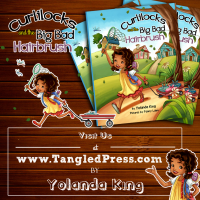