Teaching the World to Sing in Perfect Harmony

Saint Paul, MN -- (ReleaseWire) -- 11/30/2018 --"The world could use a lesson in harmony," says Alton Accola, artist liaison for Behind the Mic, an online outreach program for choral directors and students. To that end, Behind the Mic will present "The Worldwide Holiday Special," a one-hour YouTube holiday concert that features eight different vocal groups from nine countries.

With these masterful vocal artists demonstrating what magic can happen when people work together, harmony will rule the day. Hosted by soprano Cheryl Bentyne, longtime vocalist with the legendary jazz group The Manhattan Transfer, the December concert will feature dazzling holiday numbers from each group.

The groups' soaring harmonies bring out the innate beauty of traditional holiday music with minimal to no accompaniment. Each arrangement showcases the power of the human voice when it works in harmony with others.

With this program, the show's producers are building a network of fans for Cheryl Bentyne and the talented vocal groups that participated in this project. Holiday music fans can catch the show from the comfort of their own homes through a link on Behind the Mic's website, www.BehindTheMic.org. To preview the concert, fans can view a video teaser on the website's homepage.

"If we can reach the world with a message of global harmony over the holidays," says Accola, "perhaps the vibe will carry on into the new year. Now, that would be a holiday miracle."

A custom arrangement of Mendelson and Guaraldi's holiday classic "Christmas Time Is Here," the concert's spectacular finale is "a holiday miracle in its own in its own right, according to Accola.

The result of "superb vocals, international cooperation, and a little technological magic," as Accola puts it, the finale's production uses a process that would have been impossible even a few years ago. The sparkling number showcases Bentyne's sultry vocals backed by 35 vocalists whose images will play on what Accola calls a "virtual video wall."

Here's how it all came together. Each vocalist was assigned one of the eight vocal parts in the song's tight harmonies. The singers rehearsed their part with both a printed score and a demo audio track that included the accompanying parts. This way, the singers would sync with each other at the desired tempo. Singers would then film their part as the demo played in the background.

Group leaders uploaded the videos of each singer to Dropbox, an online file-sharing system. After all the videos were in, studio technicians worked their magic, blending the vocal parts into seamless harmony. During the finale, the videos will play in the background on a checkerboard "wall "with a singer's face on each square.

Founded in 2014, Behind the Mic (www.BehindTheMic.org) is a global resource for choral educators, artists, students, and fans of vocal harmony. The site features video interviews with artists such as Bobby McFerrin, Ben Folds, Home Free, The Lettermen, The Real Group, The Hi-Los, and The Manhattan Transfer, along with music industry specialists.

Behind The Mic - Logo 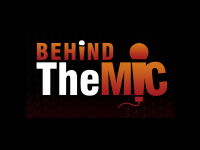 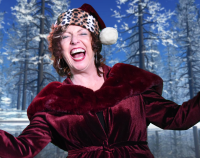