Shenzhen, Guangdong -- (ReleaseWire) -- 09/13/2015 --This tea box is made from bamboo and includes a steeping guide by Teasenz as well as notes on the history of each tea by Laszlo Montgomery of the China History Podcast (CHP).

"Tea lovers today want to know more about the teas they sip," says Lisa Lin, Public Relationship Manager at Teasenz.com. The Shenzhen & Hong Kong based eCommerce startup attempts to be as transparent as possible when it comes to the origin of each tea by mentioning the province and specific tea region. "We want to take this to the next level by going back in time. Tea is a beverage that was cultivated 3000 to 4000 years before even the first pyramid was built, there's a lot of history to be told." says Lin. The China History Podcast is the only podcast that focuses solely on the Chinese history and with its popular 10-part series on the history of tea, CHP has established itself as an authority in this field. The podcast has contributed historical notes about the origin of each tea in the teabox.

The China based tea startup also states that more and more customers today take their time to brew a cup of tea. "While tea bags are still the most popular, we see a growing community of tea enthusiasts who strive to steep a perfect cup," says Lin. This trend gives rise to a growing market for teaware that doesn't optimize for speed and convenience, but for optimal taste. Traditional teaware such as a Yixing clay teapot and teapots with a lid (also known as 'Gaiwans') are making an entrance into a global tea community. Given this trend, Teasenz decided to add more advanced steeping instructions in addition to a casual steeping guide.

"When both historical awareness and steeping knowledge are combined, drinking tea becomes a ritual," says Lin. While the majority of the tea companies go the commercial route by offering convenient tea bags, health focused blends, and iced drinks, Teasenz wants to stay true to its roots, advocating the traditional way of tea. 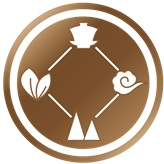 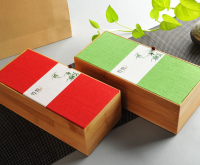 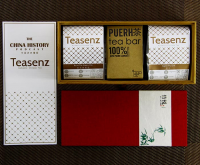 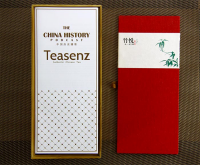 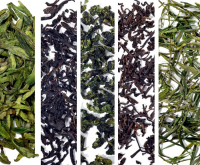