Lubbock, TX -- (ReleaseWire) -- 02/09/2016 --The Lubbock Chapter of the Texas American Board of Trial Advocates has recently named Ted Liggett their new president. Liggett is the founder and lead lawyer at Liggett Law Group, serving Lubbock, the Texas panhandle communities, and Hobbs, New Mexico, for over 20 years.

About the ABOTA
Founded in the 1950s, the American Board of Trial Advocates (ABOTA) was created to protect the American jury system. Heavy criticism of the civil jury system planted the seeds for the birth of ABOTA, an organization crafted to educate the American people and young lawyers on the vital importance of the Seventh Amendment – right to a trial by jury. Driven by their "Justice By The People" motto, the American Board of Trial Advocates has regional chapters in California, Florida, Texas, and a Southeastern chapter representing 12 southern states and regions.

"I am honored to represent the trial attorneys of Lubbock, honored to serve in the Texas ABOTA chapter, and most of all – honored to carry the torch for American trial by jury that Thomas Jefferson carried as he advocated for the Seventh Amendment," said Liggett.

"Save Our Juries" Campaign

The Texas chapter and National American Board of Trial Lawyers have launched a new campaign to recognize the erosion of the trial by jury system. Aptly named "Save Our Juries," the movement was created in parallel with the ABOTA mission – to protect and preserve the civil jury system.

"First and foremost, the Seventh Amendment is one of our fundamental rights," said Liggett. "The American civil jury system is the envy of the world, a system that allows your peers to protect and defend you."

Liggett hopes to use his elected position leading the Lubbock ABOTA chapter to halt the special interest groups that work to undermine our citizens' right to jury trial in the civil judicial structure. You can read more about the "Save Our Juries" campaign at saveourjuries.org

About Lubbock Personal Injury Attorney Ted Liggett
While serving as president of the Lubbock ABOTA chapter, Ted will continue his work as lead attorney for Liggett Law Group. With more than 20 years of experience fighting for justice and dedicating their time to advocate for victims and their families, Liggett Law Group represents clients in vehicle accidents, workplace accidents, and personal injury liability claims. 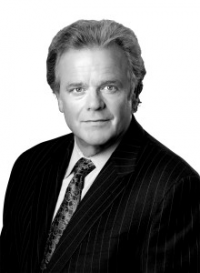