Los Angeles, CA -- (ReleaseWire) -- 09/18/2014 --Jo Coddington will be joining the community of La Habra, California, on September 20th to honor her late husband, Boyd Coddington, and a host of other brilliant men and women whose talents still grace the Southern California town today. Jo Coddington will be in attendance to tour the exhibit, which features Boyd and some his work in the community at the La Habra Historical Museum exhibit, “La Habra, Small Town, Abundant Talent.” Not only is Coddington humbled and proud to see her late husband be honored in the exhibit, she is excited to come back to where she and Boyd ran their shop.

“I am very humbled and proud to be invited to honor Boyd and all that he brought to the community,” says Coddington. “La Habra was the home of our shop and our show, American Hot Rod, and it will always hold a special place in my heart. I’m thrilled that Boyd’s son, Chris Coddington, is helping in preserving his father’s legacy, and thank him for all his help with making his father’s exhibit at the museum possible.”

Coddington will be on-site to catch up with members of the community, poster signings and more. The big question is, will one of Boyd’s originals escort her to the event? “We shall see,” says Coddington.

For more information about Jo Coddington and to stay in touch with what she has planned next visit http://www.jocoddington.com or download her app Jo Coddington available on iTunes and Google Play.

About Jo Coddington
Television celebrity Jo Coddington works with companies in the automotive industry as a sought after spokesperson, consultant and brand ambassador. A self-proclaimed car girl, Coddington has participated in a plethora of builds, some of which were featured on “American Hot Rod” where Coddington starred with late husband Boyd Coddington. She has also appeared on “Detroit Muscle,” “American Icon” and “Bidding Wars”. In addition to acting as an official brand ambassador for International AERO Products and Champion Racing, Coddington is busy paving the way for future generations of car girls through her mentoring efforts as a member of the SEMA Businesswomen’s Network. For more information about Jo Coddington and to stay in touch with what she has planned next visit http://www.jocoddington.com or download her app Jo Coddington available on iTunes and Google Play. 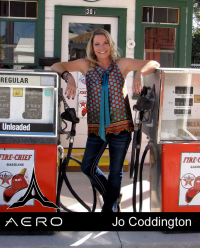 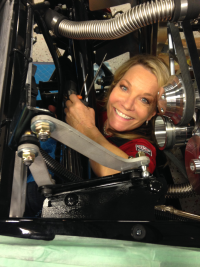