A new report has revealed that African and Indonesian women are turning to a dangerous set of techniques in order to obtain "dry" vaginas that they believe is necessary to satisfy a man.

Birmingham, West Midlands -- (ReleaseWire) -- 01/26/2015 --Inserting sand, rocks and chalk as well as using bleach and detergents, the risk of HIV is rocketing because of the damage being inflicted.

Women from around the world are carrying out dangerous practices in a bid to change the moisture of their vaginas to make sex more pleasurable for men.

Dry sex, as it is known, is said to be far more pleasurable for men and many women, particularly from regions such as Central and South Africa as well as Indonesia are going to extreme lengths.

Inserting substances they hope will absorb the moisture from their vagina such as chalk, crushed rocks, herbs, sand, paper and sponges, many women are inflicting terrible damage on their vagina walls.

In attempting to offer dry sex, they are in fact significantly increasing the risk of HIV. Any cuts or tears in the vagina wall increase the chance of the HIV virus being transmitted during sexual intercourse with an infected man. Because the vagina undergoes such trauma to create dry sex conditions, the risk of HIV infection - and other sexually transmitted diseases - for these women has rocketed.

Sexual rights campaigners have warned that a lack of education is leading to this horrific practice, but that many women are reluctant to discuss the issue.

In an area traditionally known for its reluctance to openly talk about sexual matters, women are unaware that dry sex is not something they have to endure, nor what the potential risks are.

Because of this cultural reluctance, getting up to date information on the practice has proved extremely difficult. Some of the last figures from the World Health Organisation have suggested that as many as two thirds of women had suffered dry sex in the past, and around half were currently still engaging in the practice.

A leading sexual health clinician working in Africa, Dr. Marlene Wasserman said that surprisingly the instructions to carry out the horrific procedures were not coming from men, but from other women themselves.

A large part of the issue is that women are unaware that their vagina can stretch during sex to accommodate a penis. Instead, they believe that by having sexual partners, their vaginas will become baggy and out of shape. Because their reputation revolves around having a tight vagina, they are bleaching, disinfecting and otherwise inserting objects into themselves in a bid to try and solve what they see as a problem.

Getting the message about safe sex out there is proving difficult in a region where discussions about condoms and HIV are considered taboo.

Women are brought up to accept that sex is painful and something to be endured, rather than a joyful event between a couple.

Dr. Wasserman is a prominent member of the World Association of Sexual Health's campaign to promote the right to sexual pleasure for both men and women but the clinician says that women are often puzzled by the concept.

In a bid to try and dispel the myths and rumours which have sprung up around safe sex, Dr. Wasserman hosts a radio show where she frankly discusses the issues. She also is involved in educating parents and young adults about healthy sexual practices and the importance of safe sex.

Describing the dry sex phenomenon as 'genital mutilation', Dr. Wasserman warned that HIV is now more of an issue for heterosexual women than gay men in Africa as a result of practices like this.

Author: Tempt Me Tease Me

Tempt Me Tease Me - Logo 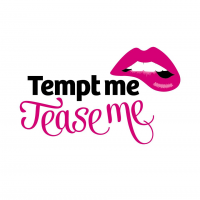 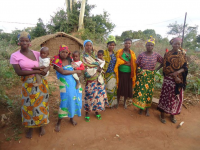