The 7-Year Road of ZB.com, One of the Four Major Exchanges

Hong Kong, China -- (ReleaseWire) -- 07/27/2020 --CHBTC was renamed as the ZB.com at the end of 2017. This year, this world's top exchange also officially welcomed their seventh anniversary. Many newcomers who have just entered the digital currency circle for two years may not have heard of ZB.com, but this exchange has actually served tens of millions of users, and its APP has more than 6,000 communities. ZB.com was established in June 2013, but Huobi was established in September of the same year. OKEx and Binance were established in the bull market of 2014 and 2017, respectively. This exchange was actually earlier than the other three exchanges.

CCN and Nasdaq highly affirm this Chinese exchange
This exchange, formerly known as CHBTC, is one of the earliest exchanges established in China. It was selected by CCN as "one of the largest exchanges in China" in just three years. In the second year, Nasdaq also selected it as the world's largest exchange of bitcoin transactions. at the early time?exchanges in the digital currency circle mainly made profit by buying currency at a low price and then selling it at a high price. This process often does not charge a fee, and basically it is free to issue currency. As a result, CHBTC, as the first group of profitable people, quickly accumulated a group of loyal users, and even attracted Vitalik Buterin to come to seek cooperation.

ZB.com after the 94 storm
With the advent of the big bull market in 2017, China has paid more and more attention to digital currencies and make verbal warning to exchanges including several top exchanges including CHBTC (ZB.com). Shortly afterwards, China ordered the prohibition of domestic digital currency transactions. In desperation, CHBTC can only withdraw from the Chinese market. In October of the same year, CHBTC ceased operations in China and disbanded the Chinese team. After applying for business registration with Samoyed, a brand-new domain name ZB.com was used on November 1. According to reports, the price of the new domain name was raised to two million US dollars, breaking the highest record in history.

And now, ZB.com has also made some improvements and new additions. In addition to basic transactions, it has also added products such as Savings, Staking, Loan, etc., the product line is become more and more rich.

Compared with other exchanges, the most different is that ZB.com has launched the QC trading zone, and its QC trading pairs are basically the same as USDT. In the legal currency trading zone, there are also many merchants buying and selling QC, which is not inferior to USDT. In fact, QC is not only launched on ZB.com, but also on other exchanges such as BKEX, XT.com, ZBG.com, BW.com, DBOSS, Coinw, VirgoX, etc. But the QC users of ZB.com are the most. In addition, according to data, the annualized rate of QC's saving in ZB.com can even reach 9.45%.

So, what is QC? QC's official website shows that QC was issued by Singapore company QuickCash through pledge of digital currency assets, and the current pledge rate is 236%. QC is ranked ninth in the stable currency rankings of Cryptoslate, an overseas ranking website, and has the first market share among non-US dollar stable currencies.

7 years of safe operation without accidents
ZB.com not only seizes user accounts or merchant accounts involved in money laundering or terrorist financing activities, but also directly freezes suspect accounts after verification and does not unfreeze them. It spared no effort to upgrade the triggering risk control rules, multi-dimensional face detection, reporting functions, business rights protection and digital currency withdrawal strategies. In this way, the safety of users is guaranteed to the maximum extent.

For seven years, ZB.com has never had a security incident. More than 80% of ZB.com's assets are stored in cold wallets and the remaining 20% are in semi-cold and semi-hot wallets, effectively reducing the risk of being hacked. 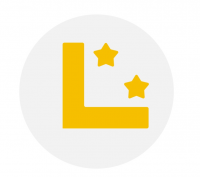