Stockholm, Sweden -- (ReleaseWire) -- 05/16/2017 --BeeScanning is an all new technology that saves bees worldwide by revealing bee-killing parasites through deep learning technology. It is live on Kickstarter and a crowdfunding success story having already reached their raise goal and currently stretching for the next level.

The BeeScanning App is a revolutionary tool that enables beekeepers to upload and label images of infested bees online. Millions of honeybee colonies die each year, in the U.S. alone more than 44%. The main cause of their death is a parasite mite called Varroa Destructor which systematically feed on the bees to destroy them. The bees suffer as the mites crawl on their body while sucking their blood. If the infestation isn't caught soon enough, the mites will eventually wipe out and destroy entire bee colonies.

"I have about 100 beehives in the middle of Sweden and have been taking pictures of my bees for years, trying to learn more about these majestic creatures," says founder Björn Lagerman. "Last summer I discovered Varroa mites examining close up still images. It then struck me that if I could compare the images with results from conventional chemical monitoring we would have a new tool. And indeed there was a correlation!"

The purpose of the BeeScanning App is to reveal the mites in the images; which will then allow the beekeeper to identify the problem and decide to move forward with treatment. If the parasites are caught soon enough, they can be stopped in their tracks saving the entire colony before it becomes too late. The key to saving bees is constant checking and monitoring, a time consuming process the company is hoping to overcome thanks to deep learning and an app that can instantly decipher if parasites are present.

The app will also provide the ability to find bees that show a resistance against Varroa mites. This is important as it allows researchers the knowledge to find the varroa resistant strain of bees. The app utilizes image analyzing technology based on cutting edge neural networks and deep learning. To train their neuron network, the company needs a wealth of data and can collect the information while collaborating with thousands of beekeepers. The greater number of colonies monitored in the program, the better chance scientists have of nurturing a new future of Varroa mite resistant bees.

The correlation between images, how the bees perform, what crop they bring and how they survive will also be used to further software development and research in the field. The neural network is actively taught by a deep learning professional which will allow the network to gain strength by analyzing images and identifying abstract features quicker and more efficiently than the naked eye can. If successful, the company stands to save the lives of millions of bees.

BeeScanning is currently live and available to support on Kickstarter: http://kck.st/2ppQHPz

About BeeScanning
The BeeScanning innovation team features leading beekeeping experts, researchers and image analyzing engineers. The advisory board consists of four professors from leading agricultural and machine learning institutes and universities in the US and Sweden. Also leading beekeeping researchers in the world, are collaborating with the team fighting varroa. 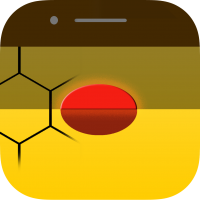