The Belt of Orion: Nibiru Rising Named as a Finalist at May's International Book Awards 2018

A finalist in the science fiction category at the 2018 International Book Awards, first-time author, J.R. Brienza’s book creates a firestorm of interest for a “not so far off place” conveniently called Planet X.

Pittsburgh, PA -- (ReleaseWire) -- 06/06/2018 --Sponsored by American Book Fest, the International Book Awards (IBA) has announced The Belt of Orion: Nibiru Rising as a finalist for 2018. Taking its place among over 400 winners in more than ninety categories, the IBA awards were presented for book titles published over the last three years. This is the third honor the book written by J.R. Brienza has received since its release in the spring of 2017. The book got second place standing at the 2017 Mill City Press Author Awards as well. Additionally, at the American Book Fest Best Book Awards it was also a finalist.

The first-time effort for the book's author, it gives readers an otherworldly edge. A story about an impending collision with a planet called "X" or Nibiru, the book asserts the idea that one never really knows who or what they're looking at. Nor can they ever truly know what to believe. Brienza said of the most recent nod for her book, "The attention The Belt of Orion: Nibiru Rising has received has been somewhat unexpected because I'm so new to this field. But I have to say, that being a part of such a widely-recognized group of authors right out of the gate is a tremendous boon for me. I'm thrilled to have such a pivotal debut."

Jeffery Keen, the President, and CEO of American Book Fest said of May's event, "Results for 2018 represent a phenomenal mix of books from a wide array of publishers throughout the world. IBA's success begins with the enthusiastic participation of authors and publishers and continues with our distinguished panel of industry judges."

With 240-pages of engaging assertions, The Belt of Orion: Nibiru Rising tells its story via two women; Paranormal Network tabloid journalist Kelly Ramirez and an unknown citizen named Rachel. One is in search of fame and fortune, the other looks for the truth about her father's sudden and tragic death. Having thought of everything, the author keeps the fun going right down to posts on her fictional protagonist's Facebook page. Keeping readers entranced, it's soon found out that, regardless of what the government says, aliens are alive, well, and making changes on planet earth.

About J. R. Brienza
An interior designer and general contractor by trade, J. R. Brienza, is also the author of the book The Belt of Orion: Nibiru Rising. 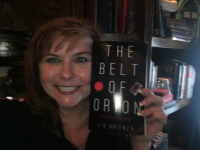 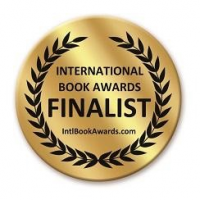 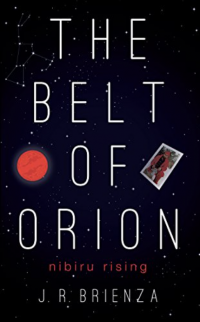