The Best Sunglasses of 2015 Are from Greece

Athens, Greece -- (ReleaseWire) -- 08/07/2015 --After extensive research and over 400 consumer tests under the Mediterranean sun, the response was overwhelming for the innovative high definition blue control sun lenses, fitted exclusively in Urban Owl sunglasses.

The campaign is live on Indiegogo and from the first days it has received very good comments and constant funding.

The campaign will fund the production of these uniquely designed vintage sunglasses with HD sun lenses. Urban Owl campaign will run until September 12, 2015.

"Urban Owl: HD sunglasses handcrafted in Greece" campaign is featured on The Gadget Flow as a Staff Pick.

Indiegogo campaign
By backing early through Indiegogo, customers receive rewards and discounts the general public will not receive. The 85€ early bird perk receive big price discount comparing to 125€ normal value of the sunglasses.

All reward levels give a certain amount of charity to a credible non-profit organization for helping poor children in Greece.

Why Urban Owl sunglasses are better than others?

HD lenses contain rare earth elements that have the ability to selectively filter sunlight. This results to the enhancement of main colors such as red, green, yellow and blue; which create a strong contrast that results in superior focus.

Vision
Urban Owl Eyewear has already launched its website and it is aiming to become the biggest online vintage sunglasses and eyeglasses retailer in Europe.

About Urban Owl
Founded in 2015, by Dimitris Diamantis, the company is headquartered in Athens, Greece. 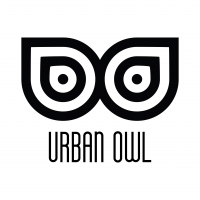 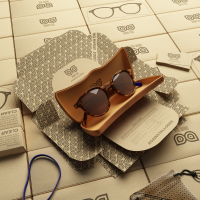