Smart Crowdfunding is slated to carry out strategic marketing initiatives for the ‘Butterfly Children’ project on Kickstarter. The team behind this campaign is crowdfunding to bring a highly popular and beloved children’s storybook series from the 80’s and 90’s back to life by transforming it into a modern animated children’s television show.

Surrey, England -- (ReleaseWire) -- 08/20/2015 --The team at Butterfly Children Ltd. has launched a crowdfunding campaign on Kickstarter with a funding goal of £37, 800 (slightly more than $59,000). They launched this campaign in order to raise the funds needed to bring a new animated version of the highly popular Butterfly Children children's storybook series to the public. The Butterfly Children started out as books nearly thirty years ago, and were extremely successful. The books were based on original butterfly drawings, and have been read by over two million children. The creative minds behind this series state, "These enchanting stories tell of the trials and challenges of the loving Butterfly Children who are performing good deeds in the woods while overcoming the evil and mischievous intent of the Moth Gang. Every story is resolved with a quirky but fair conclusion, which is fun and educational, with the accent on fun."

The team behind the Butterfly Children project has been working very diligently with all of the groundwork for their new animated series, and they are now ready to begin the next steps in bringing this cartoon television show to children everywhere. Turning a book series into a successful animated show requires a lot of work, which is why the team has reached out for crowd support via their crowdfunding campaign. All funds raised will be used to make this idea a reality. As an added bonus, the team is offering several reward levels with this campaign. These "rewards", which serve as funding incentives, range in value from a standard thank you, to various merchandise items, the opportunity to be one of the first to see the pilot streamed online, and the full DVD set. There is even a chance for a supporter to receive an original drawing and get to name one of the characters in the show.

Full details can be found on the Kickstarter campaign page.

To contact via email write to Peter Vernon-Kell at: pvk@pocketinvestor.com 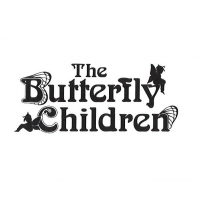 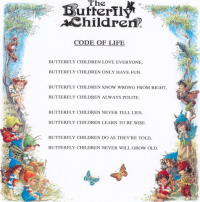 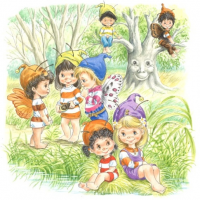