The Effects of the Election on Our Kids

Los Angeles, CA -- (ReleaseWire) -- 09/26/2016 --Veronica Lane Books announces the release What Is Respect? by bestselling children's books author Etan Boritzer, just in time to help counter the ill effects of the election on our kids. This is the 14th book in Mr. Boritzer's What is? series on character education, values and difficult subjects, now published in 16 languages.

What is Respect is available on Amazon, at all bookstores, and through the publisher's website http://www.veronicalanebooks.com. Attorney M. Maguire (Little Rock AR) writes in review: "What is Respect? addresses this most important subject about which our children need to receive careful and caring instruction in order to become conscious adults and inclusive citizens."

No matter what your political ideology may be, this presidential election cycle has been especially acrimonious and divisive, propagating fierce rhetoric that has been particularly stressful and disturbing on our nation's youth—a new and difficult phenomena observed especially by educators. Children of color have been particularly affected by a near hysteria that is being felt in their schools. There is a preponderate increase in fear and anxiety amongst them.

What is Respect? helps our children develop critical thinking skills and emotional intelligence, and facilitates our children's understanding of self-respect, as well as respect for friends, schoolmates and family, respect for religious and cultural diversity and even respect for planet earth. The text is filled with questions that stimulate interactive discussion and real insights.

The Southern Poverty Law Center, http://www.splcenter.org, a non-profit organization in Montgomery AL combats hate, intolerance and discrimination through education and litigation reported in a recent newsletter that levels of racial stress and division in the nation's elementary middle and high schools are higher than seen previously observed, with occurrences of outright acting out of bigotry that is blamed by educators on the daily election news. There is a preponderate increase in fear and anxiety amongst them. In one school, a teacher in the SPLC article reported "full blown panic attacks" from a student of color; another teacher cited that after repeated slurs, a Muslim student began to develop suicidal thoughts.

What is Respect? uses a guidance approach to creating a more pluralistic world by saying, "Can we learn to respect somebody, even if they have different skin color, or a different religion, or dress and speak differently than our family and friends?" Educators and parents report that Etan Boritzer's children's book series address various issues inherent in practicing inclusiveness with our friends, with strangers and even with our planet. Using books like What is Respect? helps kids understand the importance of diversity, inclusiveness and multicultural values in their schools, communities, the nation and the planet.

About Veronica Lane Books
Veronica Lane Books was founded in 1992 with a mission to publish 'Books That Make a Difference.' The company publishes all genres of books: Children's, Young Adult, Adult Fiction and Non-Fiction, Cook Books, Self Help, Art Books. Veronica Lane Books has worldwide distribution of its titles, and the company's authors have been published in 16 languages. The company is preparing a TV show and DVD series based on its bestselling children's book series by Etan Boritzer. Also in the works are educational apps.

More information about Veronica Lane Books can be found at http://www.veronicalanebooks.com 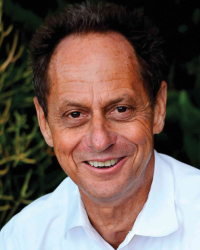 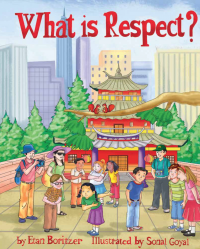