Patricia’s books, The Sirian Revelations, have enjoyed worldwide acclaim and have been re-released to a vast global audience in nearly two dozen languages. Her latest best-seller, Before We Leave You: Messages From the Great Whales and the Dolphin Beings, received rave reviews.

Los Angeles, CA -- (ReleaseWire) -- 07/03/2014 --Global Entertainment Holdings (OTC:GBHL) announced today that it has acquired the motion picture/television rights to “The Emissary”, a novel by best-selling internationally renowned writer and visionary, Patricia Cori. The book is to be published by North Atlantic Books and marketed/distributed by Random House and is set for a March 2014 date.

Cori, a native of the San Francisco Bay Area, has been immersed in the New Thought Movement since its inception. She has been recognized and celebrated as a gifted shaman by indigenous spirit teachers of the Tibetan, Mayan, and Peruvian traditions. Patricia’s books, The Sirian Revelations, have enjoyed worldwide acclaim and have been re-released to a vast global audience in nearly two dozen languages. Her latest best-seller, Before We Leave You: Messages From the Great Whales and the Dolphin Beings, received rave reviews.

Daniel Sherkow, COO of Global Entertainment, called The Emissary “an extraordinary adventure story that features a strong and charismatic heroine with paranormal powers and a quest to save the world from dark and devious powers on land and in the sea. We couldn’t be more pleased than to be working with Patricia whose immense talent is evident in the fascinating plot and characters that she has so masterfully written.” Sherkow continued, “The nature of the story, with wondrous settings, action sequences, and a strong message about the preservation of the Earth, will attract top acting and filmmaking talent and make for a compelling and entertaining motion picture. Patricia has done an eloquent job. We can’t wait to start production.”

Cori added, “Being guided to the right filmmakers for my upcoming novel, The Emissary, is a miracle in the making. I’m delighted that it is in the hands of the experienced and professional team at Global Entertainment, whom I know will bring the story to life with a gripping screen adaptation. Thanks to Dan Sherkow for his vision and determination.”

About Global Entertainment Holdings, Inc.
(OTC: GBHL") is a publicly-held, entertainment company. The Company’s goal is to build a worldwide entertainment organization with a multitude of domestic and foreign production affiliates. GBHL, operating through its wholly owned subsidiaries, Global Universal Film Group, Inc., Global Universal Entertainment, Inc., and its partially-owned Canadian subsidiary Global Universal Pictures (http://www.GlobalUniversal.com), is in the process of developing and producing a slate of motion pictures in Canada and the U.S., employing recognizable-named talent, for worldwide release. GBHL is focused on the financing and marketing of these feature-length films. GBHL, through another wholly owned subsidiary, You’ve Got The Part, Inc. (http://www.YouveGotThePart.com), will attempt to capitalize on the current popularity of Hollywood and reality based programming by casting small roles online that anyone with a digital camera can apply for.

Safe Harbor: Pursuant to the Safe Harbor Provisions of the Private Securities Litigation Reform Act of 1995, and within the meaning of Section 27A of the Securities Act of 1933 and Section 21B of the Exchange Act of 1934, any statements that express or involve discussions with respect to predictions, expectations, beliefs, plans, projections, objectives, goals and assumptions of future events or performance are not statements of historical fact and may be "forward-looking statements." Forward looking statements are based on expectations, estimates and projections at the time the statements are made that involve a number of risks and uncertainties which could cause actual results or events to differ materially from those presently anticipated. Forward-looking statements in this release may be identified through the use of words such as "expects," "will," "anticipates," "estimates," "believes," or statements indicating certain actions such as "may," "could," or "might" occur. Such statements reflect the current views of GBHL and its affiliated companies with respect to future events and are subject to certain assumptions, including those described in this release. These forward-looking statements involve a number of risks and uncertainties, including the timely development and market acceptance and commercial appeal of its feature-length films, its film production services, competitive market conditions in the motion picture industry (both in the US and foreign markets), successful sale of the rights to film content produced, the ability to secure additional sources of financing, the ability to reduce operating expenses and other factors. The actual results that the Company achieves may differ materially from any forward-looking statements due to such risks and uncertainties. Neither Global Entertainment Holdings, nor its affiliated or subsidiary entities undertakes any responsibility to update the "forward-looking" statements contained in this news release.

For more information, please visit us at: http://www.GLOBAL-GBHL.COM or contact the Company by email at: contact@globaluniversal.com. 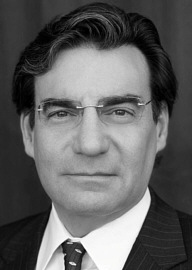