The End of the Las Vegas Short Sale?

While some experts currently estimate that close to 40% of Las Vegas homes are still underwater (have negative equity), the tax credit for doing a Las Vegas short sale is coming to an end in just a few weeks.

Las Vegas, NV -- (ReleaseWire) -- 11/21/2013 --Under the “2007 Mortgage Forgiveness Debt Relief Act and Debt Cancellation”, most people doing a Las Vegas short sale had a great tax incentive - even though the debt that was waived by the bank became “income” to the seller, they received an offsetting tax credit for that income (talk to a tax expert). This Act was set to expire December 31 2012 and was extended to December 31 2013 - but there are no signs in the political winds about it being extended again.

So, Rob Flitton, a top REALTOR in the Las Vegas real estate market has been contemplating options for his sellers who will still need a short sale.

“From 2008 until recently, sellers didn't particularly care about the sales price - their lenders did, but they didn't because they often walked away from everything regardless of the sales price”, said Flitton. “But now the selling strategy for a Las Vegas home becomes quite critical because of the two major negotiations that will be needed - one over sales price, and two over who eats the lender’s deficiency.”

Unless the Act gets extended (which most experts believe will not happen), all of the waived debt in a short sale can become raw income to a seller potentially creating a major tax problem. Rob Flitton, a published book author in the field of negotiation, and someone who spent 25 years negotiating major real estate deals with sellers and lenders, believes he has a distinct advantage. Request a FREE copy of Rob's book.

“Now, a REALTOR’s negotiation acumen and skills, or lack thereof, can make or break a deal for a client”, said Flitton. “Any Las Vegas short sale listing now has to be presented with tremendous self-esteem and value, whereas before it could be presented as an injured situation.” Rob Flitton employs internet marketing strategies through Impute Marketing.

According to local market statistics, the current 40% of underwater Las Vegas homes is down from 63% in late 2012, and a peak of 71% in early 2012, which means the trend is heading in the right direction as the market rises.

About Rob Flitton "The Closer"
One of the top REALTORS in the Las Vegas real estate market, Rob is a boutique REALTOR and handles all client relations directly. Prior to being a REALTOR transacting Las Vegas homes, Rob was a professional land developer and custom home-builder and has transacted more than $250 million worth of real estate deals in the US and Canada. 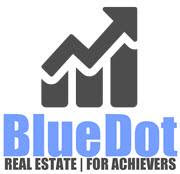