Improving the overall health of the pharmaceutical supply chain and the patients it serves.

East Norriton, PA -- (ReleaseWire) -- 10/09/2017 --BlockRx has announced the launch of its groundbreaking BlockRx Token ICO fundraising campaign, which opened to the public on September 21, 2017. Part of the premier Dubai ICO Crypto Bazar Event, BlockRx has been garnering attention and commitments from major Global investors, including representatives from the UAE Central Bank.

The BlockRx Token is one of the critical branches of the three-pronged BlockRx Pharma Ecosystem solution, alongside iSolve's ADLT™ platform, and the Hyperledger Sawtooth, an open source blockchain framework hosted by the Linux Foundation initially contributed by Intel.

Today, the global pharma market is approximately an $800 billion industry, with projected growth to $1.12 trillion by 2022. The counterfeit medicine business, currently estimated between $75-200 billion annually by the World Customs Organization, is a fast-growing, global epidemic with significant human and financial costs.

Furthermore, the rising cost of healthcare is outpacing the increase in personal income. The average patient struggles to maintain a balance between healthcare costs and effective outcomes. In the United States "Patient payments now account for 35% of provider revenue… by comparison, in 2000 patients paid just 5% of healthcare provider revenue," according to the U.S. Commerce Department's Bureau of Economic Analysis.

"The urgency for a cutting-edge solution to combat counterfeiting and reduce medical costs is more prevalent than at any other time," explains Gordon Tampol, CEO of iSolve. "This BlockRx Token is a critical utility enabling the underlying platform to optimize and secure a decentralized pharmaceutical supply chain while empowering patients with the ability to manage and share their health data. Patients can earn BlockRx Tokens in exchange for their data on their terms, and the Tokens can in turn be used to reduce the costs of medicines, co-pays, and insurance premiums."

The BlockRx Pharma Ecosystem is a robust solution incorporating Hyperledger Sawtooth by Intel, a high-performance enterprise blockchain; the BlockRx Token for blockchain entries and data exchange; and iSolve's Advanced Digital Ledger Technology (ADLT) to integrate legacy systems with the blockchain.

The BlockRx Token will be the primary means of rewarding trade partners and consumers for utilizing the blockchain as a vehicle for managing data entries pertaining to drug development and logistics. The BlockRx Token will be used to provide valuable information to other trusted partners through the BlockRx Pharma Ecosystem and can also serve as a medium of exchange for the acquisition of intellectual property, services, and data exchange. See the BlockRx white paper for complete details.

About BlockRx ICO
The BlockRx Initial Coin Offering (ICO) is scheduled to run until October 19 2017. During this time BlockRx invites investors to become better acquainted with the company before they choose to support the project. The ICO period is set for a limited time.

About BlockRx™
BlockRx™ is a series of initiatives by iSolve which leverage the blockchain and iSolve's Advanced Digital Ledger Technology™ (ADLT™). The platform is a comprehensive solution to fully integrate Life Science Researchers, BioPharma Companies, Medical Device Manufacturers, Retailers and Healthcare Providers to improve patient outcomes.

About iSolve
iSolve is dedicated to supporting organizations throughout the drug development lifecycle. By developing cutting edge blockchain solutions that help align company initiatives with strategic partners, we will help organizations achieve their corporate goals and expand their enterprise.

Please submit all press inquiries and interview requests to press@blockrx.com. 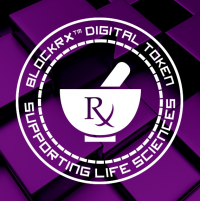