The Gore Boyz (TGB) new song Kisses For The Road is on “FIRE”!!!! The song is now # 2 on the DRT Indie Chart and #53 on the DRT National Chart. The video just won Best Pop Music Video for June 2017 from The Akademia Music Awards.

Gastonia, NC -- (ReleaseWire) -- 07/27/2017 --The Boyz debuted their summer anthem earlier this month and it is #2 on the Digital Radio Tracker National Airplay Top 150 Independent Chart. They are headed back to LA to the studio to work with their Grammy Awarding Winning Team headed by Theron "Neff-U" Feemster. is already working on another song for The Gore Boyz to record due to the success of "Kisses for the Road".

We are currently on our Kisses For The Road Summer Tour and we love this song and we appreciate all the love and support our family and fans have given to us.

The song is on Fire as it is #2 on the charts, just won Best Pop Music Video, and has over 120K views on YouTube. It has truly won the hearts of all the girls this spring and summer as well as the fellas.

Be sure to go and download their song on "DOWNLOAD DAY" The video is on YouTube and you can download the song on iTunes, CDBaby, Amazon and Spotify. Follow them on all of their social media sites @tgbrocks for all of their upcoming events.

About The Gore Boyz
The Gore Boyz from Gastonia, North Carolina started performing in 2009 when the older brother Herman begged his parents to allow him and his two younger brothers to be in their 2009 talent show at their school, The Gore Boyz were born. All enrolled in music lessons, 16-year-old Herman takes on the ivory with the keyboards/piano, Edwin at 13 plays guitar, and Sean Michael who is only 11-years-old takes care of the drums. They have spent the last six years in intense talent development following the Berry Gordy Motown model. Their Influenced by old school R&B bands and the trendy new sounds of pop, R&B, and hip-hop, Herman, Edwin and Sean Michael formed the musical trio The Gore Boyz aka TGB and have set out to make their mark in music. These incredibly talented brothers are not only gifted musicians and entertainers; they are also honor students, community servants and accomplished athletes. 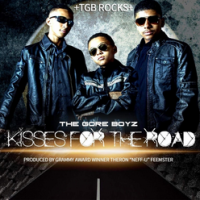