The Heroin Epidemic Gets a New Voice with the Feature "75"

Henderson, NV -- (ReleaseWire) -- 09/07/2017 --Global Genesis Group is excited to announce their acquisition of 75, one of the first hard hitting realistic feature films dealing with the tragedy of heroin addiction in our suburban cities. Inspired by a true story, 75 is directed by Joe Zappa from a script by Joe Zappa, Sahil Sharma and Kip Bennett. The feature was acquired for worldwide distribution by USA based Global Genesis Group LLC who will introduce the film to buyers at the upcoming Toronto Film Festival.

75 is a present-day movie that is a cross between "Requiem for a Dream" and "Trainspotting."

In 75, Cincinnati is flooded with heroin through the central distribution artery of Interstate 75, touching off an interlocking story involving four families, an overwhelmed mental health care professional and two desperate lawmen over one tragic weekend in the Queen City.

Producer Myra Zimmerman Grubbs said, "Brand Old Productions was passionate about telling the story of 75. Virtually everyone involved in this project has known, and in many cases, lost someone to the opiate crisis. It is an epidemic that needs to be stopped, and we hope the message of our film will resonate with those struggling with this addiction. The level of commitment and passion by the entire cast and crew was a more unifying energy than we have experienced on any other production."

Executive Producer Kip Bennett further commented on the film's upcoming release, "Teaming up with GGG has been amazing! The Global Genesis Group team has shown tremendous dedication, hard work and energy in bringing our feature film about the opiate crisis to life. We appreciate the passion and expertise that Global Genesis Group has brought to our film."

Charles Morris Jr., V.P. of Development and Acquisitions for Global Genesis Group, stated, "Almost every family in America lives with an alcoholic/addict or knows one. It's one of the biggest problems we face in our country today. So when we saw the film 75, we knew we had to become a part of this defining film of our time that similarly chronicles drug users like the cult classic "Requiem for a Dream." It is a devastating, moving cinematic experience that will elicit a tragic sadness in the viewer, and hopefully make us all understand that more needs to be done to curtail this epidemic." 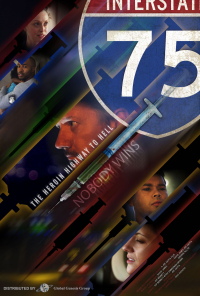