Los Angeles, CA -- (ReleaseWire) -- 12/21/2015 --The Ian Somerhalder Foundation announces a grant in the amount of $6,000 to be awarded to Silent Heroes Foundation. The titled project, "A Beehive Fence Outside of the Ngorongoro Conservation Area, Tanzania, as a Form of Human-Elephant Conflict Mitigation and an Entrepreneurial Venture for Marketing Honey," will be completed in 2016. The project's multifaceted goals are to deter crop raiding elephants with the use of beehives along an active corridor. Farmers will benefit from secure crops, and the beehives can provide an additional form of sustainable agriculture. Elephants and humans can avoid dangerous conflicts with each other, thus allowing park rangers to concentrate efforts on anti-poaching patrol. The following is a summary of the issue and project's goals.

Elephants in Tanzania are not confined to national parks and reserves. Thus, interactions with farmers and specifically crop-raiding by these elephants pose serious social, political, economic and conservation problems in Tanzania. These interactions are commonly referred to as human-elephant conflict (HEC) and it is an increasing problem throughout Africa. Research conducted with free-ranging elephants has revealed that elephants will run from the sound of disturbed honey bees. Additionally, when they do run away, elephants emit a unique low-frequency 'bee alarm rumble' vocalization, which warns the herd. This knowledge led to the innovation of the 'beehive fence', which when placed around a farmer's crops, successfully prevents the elephants from destroying them. To date, these beehive fences have been extremely successful in stopping elephants from breaking through to enter the farms. The participating farmers also benefit from harvesting their elephant-friendly honey, and humans and elephants coexist in a more peaceful community.

This initiative aims to develop a pilot bee fence outside of the Ngorongoro Conservation Area in Tanzania, an area known for having a high amount of HEC. By constructing a pilot fence, we aim to monitor HEC, and expect a reduction of both human and elephant mortalities associated with such conflict. This initiative will allow rangers to shift their focus to other critical priorities, such as anti-poaching operations. It will also allow farmers to yield a sustainable agricultural supply, as well as harvest honey for consumption or marketable distribution and income.

"This is a great example of conservation in action; it goes one step beyond the research process, and utilizes information in an innovative way that is simple yet effective for problem-solving at the interface between humans and wildlife in Africa," said Hayley Adams, Director of Operations at the Silent Heroes Foundation. "It is just this sort of balance we need to continue to introduce throughout Sub-Saharan Africa, where we find increasing human populations and decreasing wildlife populations, along with the protected lands they inhabit."

Primary funds granted by the Ian Somerhalder Foundation will be used to construct and monitor a pilot fence over a one-year research period. Additional funds will go to support community education and awareness, to instruct farmers on proper care of their hives and harvesting of honey, and to identify future sites for bee fences. On the ground, efforts will be coordinated by the Silent Heroes Foundation in partnership with the School of Field Studies in Tanzania.

"This initiative is what ISF aims to do, supporting sustainable solutions that promote a more peaceful co-existence between humans and wildlife," said Ian Somerhalder.

About The Ian Somerhalder Foundation
The Ian Somerhalder Foundation, founded by actor and environmental/animal advocate Ian Somerhalder, is dedicated to empowering, educating and collaborating with people and projects to positively impact the planet and its creatures. ISF focuses on raising awareness about environmental and animal protection issues, and supporting initiatives to promote green energy, global conservation and anti-animal cruelty programs, as well as empowering youth to become a united and spirited force for change. 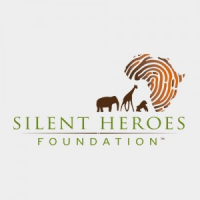 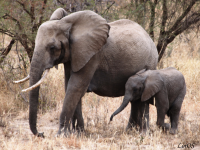 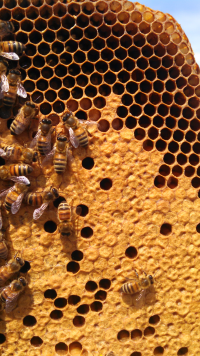