Los Angeles, CA -- (ReleaseWire) -- 02/08/2016 --The Ian Somerhalder Foundation proudly celebrates the two-year anniversary of their Medical Emergency Grant Program for Animals. This program was established on Feb. 14, 2014, to provide financial assistance to animal welfare organizations, agencies and individual rescuers responsible for the care of animals recovering from abuse, neglect or injuries suffered from a traumatic event. The goal of the grant is to provide animal victims a second chance by alleviating their rescuers of the financial stress of treatment, so rescuers can focus on facilitating the animal's adoption into a permanent home or release back into the wild.

Over the past two years, ISF has helped almost 1,000 animals via more than 400 individual grants. The animals who have been helped range from domestic, to sanctuary living and wild animals. They include dogs, birds, cats, bats, horses and even one lion, among many others. In 2015 alone, 230 grants were awarded to multiple organizations, totaling $111,000. Eligible grant recipients include nonprofit rescue organizations, individuals, and private and public shelters.

ISF believes that every animal is truly special and unique and each ISF animal grantee has their own inspiring story. Athena, a Chocolate Labrador, was found malnourished, chained and suffering from a badly broken leg. After receiving an ISF grant to help with her medical care, Athena is now healthy and able to run and swim in her new forever home. ISF awarded $2,500, the maximum grant amount, to California based International Bird Rescue to assist wild seabirds in the San Francisco area who were suffering due to a mysterious substance which coated their feathers. ISF's Medical Emergency Grant helped the rescue treat and release over 250 birds back into their natural habitat. Grant decisions are made within seven days, with funds awarded within two weeks of receipt of the grant application.

"We launched ISF's first grant program, The Medical Emergency Grants for Animals, on Valentine's Day two years ago with the intention of helping our furry friends overcome injuries and abuse. The past two years we have been inspired by the strength and resilience of these animals as they overcome their past and show a remarkable ability to continue to love despite the horrendous situations they have endured. I look forward to continuing our work alongside the brave rescuers of these animals in 2016." Said Ian Somerhalder

ISF's Medical Emergency Grant Program will continue in 2016, with a recently announced budget of $100,000 for the year. To learn more about the Ian Somerhalder Foundation Medical Emergency Grant Program and to read the many inspiring stories of the animals and rescuers who benefit from this program, please visit http://www.isfoundation.com/grants.

About Ian Somerhalder Foundation
The Ian Somerhalder Foundation, founded by actor and environmental and animal advocate Ian Somerhalder, is dedicated to empowering, educating and collaborating with people and projects to positively impact the planet and its creatures. ISF focuses on raising awareness about environmental and animal protection issues, and supporting initiatives to promote green energy, global conservation and anti-animal cruelty programs, as well as empowering youth to become a united and spirited force for change. 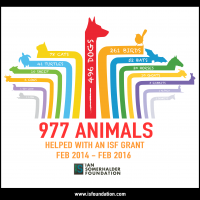 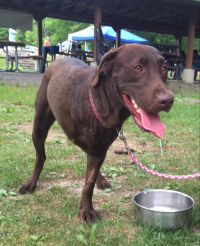