"The Impaler" Goes World-Wide on Halloween

Los Angeles, CA -- (ReleaseWire) -- 09/18/2013 --Full Moon Films and Afflatus Production’s newest Horror film “The Impaler” has inked a deal for World-Wide distribution with Phase 4 handling the US/Canada arm and Acort International taking care of the foreign sales. The film will premiere at the Laemmle NoHo 7 on the evening of Halloween and will begin its limited theatrical run. The theatrical run will coincide with the American Film Market(AFM) where it is expected to generate a lot of buzz. The positive reviews are already popping up and the newest take on the Dracula legend is looking to be a surprise Indie Horror hit.

“…you found yourself rooting for them in hopes that they would be spared from certain death… I was very surprised by the ending.”
- Shescribes.com

“very original variation on the Dracula-theme… plenty of suspense, shocks and violence and a general sense of creepiness”
- Mike Haberfeiner, (re)searchmytrash.com

“The film itself is a variant of Ten Little Indians but it uses the seven deadly sins as a template… it had a definite style about it.”
- Taliesin Meets the Vampires, taliesinttlg.blogspot.com

The film parallels the story of Vlad Tepes’ mysterious final days with the journey of seven high-school friends to Vlad’s ancient castle. Not much is known about the final days of Vlad the Impaler during his third reign and there is no apparent record about the exact day and location of his death. There is also no definite answer to his final resting place. With that in mind, the film lends a creepily satisfying possibility for the tyrannical ruler’s legacy. While carrying a special bag of supernatural elements, the film stays within an eerily realistic tone. The unique story and strong performances from the cast keep you on the edge of your seat. 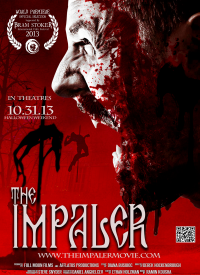