New Delhi, India -- (ReleaseWire) -- 12/02/2019 --Kapoor Watch Co., a leader and pioneer in the Indian luxury watch retail business with brands like Rolex has firmly stated that despite the apparent economic slowdown of the country, the Indian markets will endure.

A choice between a rainbow sapphire-studded Rolex Cosmograph Daytona and an IWC Portugieser Grande Complication looks tricky at first but the choice is plain and simple. But with the underlying condition of slowing economic growth and reduced GDP, consumers have become wary of such expenses.

Although still out of the reach of the general public, the country's falling GDP (estimated at 4.5 per cent in the second quarter of 2019) along with other factors has resulted in a fall in watch sales. This also highlights the impact of a few policies that were taken in the yesteryears. Reforms such as Demonetization and the abrupt implementation of Goods and Services Tax certainly did not help the situation.

Swiss watchmakers, however, do not seem to be worried by it at all. The luxury goods market focusses on the top 1 per cent as its target audience and this ensures that the industry will thrive nonetheless. But the reality at ground zero is somewhat contrary.

However, the falling figures have put the industry under stress as the number of cash transactions has been severely affected due to the restrictions put on them. The implementation of GST has had a harsh effect on the luxury goods market as well. But the regulating policies have been merciful on luxury watches. The original GST on luxury timepieces used to be at 28 per cent, whereas right now the government levies a GST of 18 per cent on the same.

The luxury goods industry runs solely on a combination of pride, prestige, reputation, and confidence. When the industry gets hit by such drastic measures, it automatically leads to the gradual slowdown of the business and an eventual decrease in confidence among customers. There are brands that have been greatly affected. There are also brands like IWC and Cartier that have been relatively comfortable in their position.

The retailer is the most affected in this scenario. But the Kapoor Watch Co. is confident that the Indian luxury retail industry will endure all of this. The luxury goods industry is governed by factors such like heritage, pride, legacy, and prestige. These are not built overnight and similarly cannot be demolished in matter of days or even months.

People do not need a luxury watch, they want it. That is what has kept the Haute Horlogerie business alive for decades and this is what will make the industry thrive in the future. The price of such goods is always secondary because eventually, the consumer is not buying the product, but the 'fairytale' behind it.

It might take some time for the luxury retail business in India to bounce back but a comeback is an inevitable event waiting to happen. 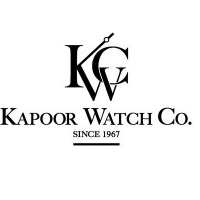