A new music video for a song called Dreaming Of You, which is performed by Amir Dayan and Addie, has broken every single rule in the music world rulebook. The song Dreaming of You and the video was put together by skillful people who have never met before. These people were not even in the same room and sometimes not even in the same country, but by using an online collaborative platform, music history was made.

Toronto, ON -- (ReleaseWire) -- 02/10/2016 --The hit song that has been released independently could change the way hit records are recorded and produced. Amir Dayan, a musician and guitar player out of Toronto, Canada was looking for a cost-effective and a new way of recording and producing his music by using a freelancing site called Fiverr.

Fiverr helps bring businesses and freelancers together for services that cost from five dollars, which would have been the last place anyone would expect to find a talented artist. However, Amir decided to give the platform a try and see if he could do the unimaginable and find a talented singer to make his song stand out.

After searching through the different sections on Fiverr, he came across a singer by the name of Addie. Amir had never met the singer before but had a good feeling about her after listening to her online video samples. He decided to order her service and was blown away. Addie was a naturally talented singer from California who as Amir thought, should have been signed by a major record label. Luckily for him, she wasn't otherwise he would not have come across her.

Amir sent her the lyrics and his music and together the words of Dreaming Of You came to life. The song that started off with no singer and no future, quickly turned into a hit song that is being played around the world by fans on the Internet. The video that features both Amir and Addie was another rule broken in the music industry. The two appear in the recent produced music video even though they have never been in the same room.

The song that is available on iTunes and on www.amirdayan.com has given hope to all independent artists out there that musicians and artists can be brought together to produce their original music through the Internet and sites like Fiverr.

Amir not only used Fiverr to find someone who could provide stunning vocals, but he also used the freelancing site to take his song all the way to production and beyond. He hired the services of Anat Nevo for the Cello recording, Sebastian from Germany for the piano, and In2town Press Release for the PR. Other services were also used.

Dreaming Of You has already been described as one of the best contemporary songs to be released in 2014, and if the fans get behind the song, it could start to get airplay on commercial radio stations around the world, which would again break the rulebook.

Amir said: "I have shown that Independent artists don't need to spend thousands of dollars to be heard when they have the Internet at their disposal. A lot of un-signed artists believe that without the backing of a record label their music will never get heard; I have shown that this is not the case."

The music video, which was produced by Cameron Lynch, is another example of how Amir has changed the rules of the music industry. Some record labels will spend over two million dollars on a music video, which is not a budget independent artists have. However, Amir turned to Cameron Lynch who was able to bring all the elements together to produce a unique, indie-style music video that underlines the advantages of online global collaboration.

To learn more about Dreaming Of You, and to listen to the song, please visit www.amirdayan.com or to watch the video, please visit https://www.youtube.com/channel/UCe5ryPSY9SBwImflBrtWYBg.

About Amir Dayan
Amir Dayan is a Marketing & Business Development Manager, an avid culinary cook and a musician living in Toronto, Canada. 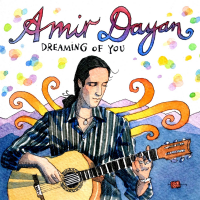 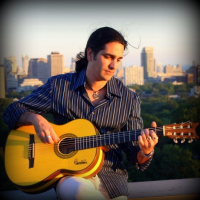