The Law Offices of Kenneth A Wilhelm Secures $2,500,000 Settlement for Injured Welder

Court documents state that the incident occurred when the worker, Marek Chilinski, fell through a hole while on the United Baking Company's premises. Chilinski, who was a welder at the construction site, fell about 14 feet down a hole. While there was plywood planking covering the hole, it was not strong enough to hold Chilinski's weight, court documents state.

He was transported to an area medical center where he was hospitalized for about 23 days. Chilinski suffered multiple facial fractures and had to have his jaw wired. He also had plates and screws implanted into the facial fractures. He was out of work for 11 months after which he returned to work on a full-time basis. Personal injury attorney Kenneth Wilhelm settled Chilinski's case for $2,500,000, days before jury selection was to begin on the case.

Wilhelm said Chilinski was able to receive the money tax-free.

"We are very pleased that we were able to get this monetary support for our client, Marek Chilinski," he said. "Workers like Marek really struggle physically, financially and emotionally. While they try to recover from their injuries, they need to pay their medical bills as well as cope with the loss of income due to workdays missed."

Every one of these cases can prove to be extremely challenging including those that seem fairly straight forward, Wilhelm said.

"In my 45 years of law practice, I have seen that there are no easy cases," he said. "Very often, we have to fight hard for every dollar that we can get for our injured clients. We are committed to doing that because we see first-hand the turmoil victims and their families endure in the aftermath of an accident."

It is important that workers take certain steps to protect their legal rights after a workplace accident, Wilhelm said.

"Be sure to report the accident right away to your supervisor or employer," he said. "Get prompt medical attention, treatment and care for your injuries. Preserve all possible evidence from the scene including contact information for eyewitnesses and photographs of your injuries, worksite conditions, location of the accident, etc."

Wilhelm said he gets a tremendous sense of satisfaction from these types of cases and results.

"I find it extremely gratifying when our efforts and the fight that we put up on behalf of our clients brings them an element of closure and allows them to move on with their lives," he said. "We get great satisfaction from knowing that they received the monetary support they needed to get back on their feet after an extremely traumatic event in their lives."

Contacting the Law Offices of Kenneth A. Wilhelm

The Law Offices of Kenneth A Wilhelm - Logo 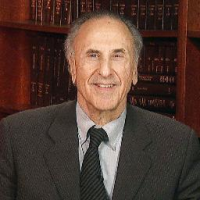