Los Angeles, CA -- (ReleaseWire) -- 12/19/2016 --LitCircle, the revolutionary new party app that lets users instantly discover the best parties in their area, is live on Kickstarter and raising funds to scale, market, and promote the project.

Living in a major city can often be intimidating; people are either overwhelmed with options or not in the know of what's really happening around them. LitCircle is an avant-garde party discovery app conceptualized and created by Jordan Nelson to answer all questions of 'what's happening tonight?'

The LitCircle app features: kick-ass social videos, radiant flyers aggregated from the biggest parties, a map of all an area's sickest ragers, circles of friends to send stupid party videos to, a nightlife resume, hot chicks and a lot of lit parties, all wrapped up in a single mobile app. LitCircle is the definitive way to own the nightlife.

"I originally conceived of creating a party app two years ago and had no idea I would dedicate the next few years of my life to this concept; the party app just struck me as such a potentially empowering product. It's even in the name: LitCircle. It sounds like something that belongs right next to the printing press," says founder Jordan Nelson about the inspiration behind the project. "LitCircle's origin is all about re-awakening LA's and then the world's underground party scene. Warehouses, lofts, homes. There is a cultural movement looking for a technology leap. The product is a fun to use mobile app that connects you and your friends around events."

LitCircle has the potential to upend so many broken systems: no more Facebook events that are unfindable, no more clunky SMS group chats that annoy instead of entertain, no more boring weekends with friends sitting around wondering if anything was going on. After bootstrapping the project for two years, the app is finally ready to launch on both iOS and Android.

"Gatherings are an incredibly powerful thing. Think of any movement in the history of the world. It began with a technology that lead to some kind of gathering," adds Nelson. "The available tools are based around communication and not discovery. LitCircle is about discovery. It's a wonder that there isn't yet a go-to platform to answer the simple question: what's going on?"

The LitCircle App is currently live and available to support on Kickstarter: http://kck.st/2ghzUEU

About LitCircle
LitCircle is an event discovery app for local parties, film screenings and more. The app seeks to be the go-to platform for event discovery by building not only a useful technology but also an entertaining one. Unlike most event platforms, LitCircle is as much about the media coming from events as it is about the events themselves. 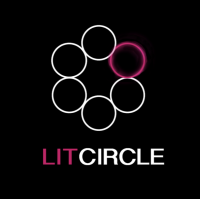 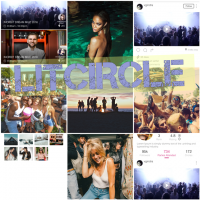