We'll Leave the Admiration of the Problem to Others, We Actually Help Soldiers

In March, 2014 Rebecca Izzo published an article entitled In Need of Correction: How the Army Board for Correction of Military Records Is Failing Veterans with PTSD In the Yale Journal of Law. In the article the author noted that 560,000 Vietnam veterans had been separated from service under less than Honorable conditions. Of these, 260,000 had been separated with an Other-than-Honorable (OTH) or Undesirable (UD) Discharge. The article went on to note that in a significant number of these cases Post-Traumatic Stress Disorder (PTSD) played a role in the reasons for separation from service. Furthermore, these men and women have spent decades with little chance of ever improving their lives: Stripped of access to compensation, healthcare and other needed services these veterans have often lived their lives in poverty and humiliation. They are not even technically acknowledged as veterans. The article further notes that the chances of obtaining a discharge upgrade for these veterans have been negligible.

In September of 2014 Secretary of Defense (SECDEF) Chuck Hagel issued a Memorandum directing the Boards of Correction for each Branch of Service to grant liberal consideration to those veterans who could document combat-related PTSD and establish a connection between their diagnosis and separation from military service.

In September, 2015, the Yale Veterans Law Clinic, working in collaboration with the Vietnam Veterans of America (VVA) and the National Veterans Council for Legal Redress (NVCLR) followed up by tracking the rates of success for discharge upgrade petitions in the year after the issuance of the Hagel Memo. Unfinished Business: correcting "Bad Paper" for veterans with PTSD-The Defense Departnebt's Adjudication of Dischargge Upgrade Applications One Year The key findings were as follows;

- The overall grant rate for all veterans applying for PTSD-based discharge upgrades at the Army Board for the Correction of Military Records (ABCMR) has risen more than twelve-fold from 3.7% in 2013 to 45%.

- The grant rate for Vietnam veterans applying for PTSD-based discharge upgrades at the ABCMR has increased more than ten-fold from 5.6% in 2013 to 59%.

- Vietnam veterans are the most numerous applicants (67%) and have a higher grant rate at the ABCMR (59%) than veterans of other conflicts.

- Total PTSD upgrade decisions across the military's record correction boards have increased from approximately 39 per year to approximately five times that number.

- Tens of thousands of eligible veterans appear not to have submitted applications.

- DOD has conducted little or no meaningful public outreach, a finding consistent with the low numbers of new applications when compared to the number of eligible veterans.

The Department of Defense, it was noted, had engaged in little to no meaningful public outreach, to inform the hundreds of thousands of veterans who had received "bad paper" discharges that they should petition for discharge upgrades if there separation had something to do with combat psychological trauma. The fact that less than 300 veterans, across all branches of service, had come forth with petitions for upgrades was reflective of the lack of effort on the part of DOD.

In March of 2016, Harvard Law's Veterans Clinic teamed up with Swords to Plowshares and the National Veterans Legal Services Project (NVLSP) on another report of import, Underserved: How the VA Wrongfully Excludes Veterans with Bad Paper. Among the key findings of this report;

-Mental health and combat have little effect on eligibility

The article also noted that over 125,000 post 9-11 veterans had received so-called "bad paper" discharges and were ineligible for many needed services and benefits. The average processing time for a Characterization of Service Determination from the VA was three years, five on appeal.

Other recent reports of importance would include the 2013 report from the Center for a New American Security (CNAS) entitled, Needs Assessment Veterans in the Western United States This assessment involved the identification of the most important needs and barriers among veterans in 12 western States. Discharge status fell in the top tier of three identified need categories. A wide range of reports from the realms of justice and homelessness further noted the disproportionate representation of veterans with bad paper discharges in these service categories. In the realm of justice over the past several decades, veterans in prison and jail who had bad paper discharges comprised between one quarter and one third of all incarcerated veterans--and yet, as Underserved noted, more than one third of Veterans Treatment Courts refuse admission to veterans with less than an honorable discharge.

Now, discharging soldiers from military service, perhaps improperly, due to psychiatric reasons is an old issue. Twenty years ago Congresswoman Maxine Waters went after this set of problems Heal the 'Bad Paper' Veterans. Senators Blumenthal and Filner held multiple hearings on this range of issues. The Vietnam Veterans of America (VVA) have been dealing with it for decades. During WWII hundreds of thousands of soldiers were separated from service due to psychiatric diagnoses. The Army's Office of Medical History provides an in-depth break-down of these numbers, included those separated under less than honorable conditions, US Army Office of Medical History during the course of World War II. This is not a new issue, though the numbers from Vietnam forward have reached unprecedented heights.

The public, including the media, very much misunderstand this range of issues. All of the aforementioned efforts focus on the discharge status problem from the back end, after less than honorable discharges have been meted out by the military. USJAG remains a unique organization on the landscape. The organization is a front-end organization: We try to prevent improper separations at the front-end. We do this by providing investigative and advocacy services for soldiers facing separation.

Similar to those in the general population, the chances of obtaining a favorable outcome is largely predicated upon financial wherewithal. What does that mean? Well, if you're an active duty member of the Armed Forces and you get in trouble you are faced with the same dilemma as many civilians: If you can afford to plop down 10-20,000 dollars for a retainer to secure good legal representation you have a chance. If not you will get a public defender and probably end up with a conviction and a parallel discharge from service under less than honorable conditions. Sure, there are private attorneys who will represent you, if you can afford to retain them. Now, name a non-profit that provides the same sort of advocacy for service members aside from USJAG.

Many organizations are tackling this set of problems, but they all work at the back-end---after separation has occurred.

Appended to this release are the photos of a number of the soldiers with whom we have worked and links to their stories. We invite people to read those stories, look at the problem through a bigger lens. We are still out here, doing the same thing we have been doing for years. 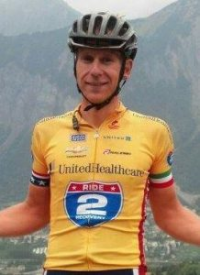 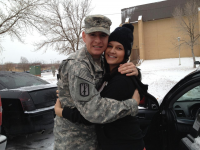 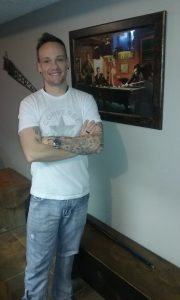 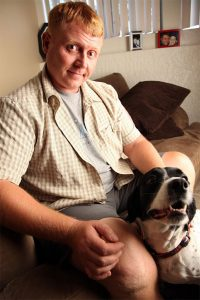