Madison, WI -- (ReleaseWire) -- 10/20/2016 --MIGA, the world's most advanced iPhone Case which introduces wireless charging and brings back the smartphone jack for the iPhone 7, is live on Indiegogo and raising funds to bring the project to life.

For everyone lamenting the missing audio jack from Apple's iPhone 7, MIGA Technologies has a solution, the MIGA SuperCase. The MIGA SuperCase is the ultimate accessary that makes the iPhone better than ever by bringing back much loved featured and introducing all new functionality.

The MIGA SuperCase includes a 3.5mm audio jack (for iPhone 7/7+ only) for users, eliminating the need for Apple's wonky headphone adapter. Listeners can still use control buttons on the headphones and enjoy the same high quality audio as usual.

The MIGA SuperCase also includes a High Speed Wireless Charging System meaning users can charge their iPhone 6/6s/7 and plus models as fast as use the charging cable. The company has integrated the most advanced wireless charging solution from the leading new energy company, Fuji Electric. The wireless charging function is >98% energy efficient, as compared to other wireless charging products that can only provide around 70% efficiency.

"We want to bridge the gap between the iPhone and other cellphones. There have been many great leaps in technology over the past couple of years and we believe they should be incorporated within the iPhone," adds co-founder and Leading Investor Mason Liang, "We are both students at the University of Wisconsin-Madison, pursuing technology based degrees. We want to use our skills and bring our ideal iPhone case to the world.

In addition, MIGA has integrated the most efficient Graphene battery in the SuperCase that provides extended battery (950 mAh/Approx. 6 hours use) without adding too much weight or thickness to the phone. The MIGA Super Case only add approximately 0.27 inch/7 mm thickness to all iPhone models,  4oz/113g weight to iPhone 6/6s/7, and 5oz/142 g weight to iPhone 6 Plus/6s Plus/7 Plus.

Even with all the added functionality of the case, the MIGA SuperCase remains classy and professional without added bulk. Most importantly, it will still protect the phone from shock with it's reinforced dual-layer design and shock-absorbing interior cushion. Along with military grade drop test protection, the MIGA SuperCase also has a Polyurethane layer adding extra grip so users will be less likely to drop it in the first place. The case is also elegantly manufactured with raised bezels that help protect the screen.

MIGA, the world's most advanced iPhone case, is currently live and available to support on Indiegogo: https://www.indiegogo.com/projects/miga-the-coolest-most-advanced-iphone-case-ever#/

About MIGA Technology, Inc.
Founded by two University of Madison-Wisconsin students, Mason Liang and Thomas Kruger, the company is on a mission to create the world's most advanced cases for smartphones. By utilizing revolutionary technology, intuitive design, and state of the art manufacturing, MIGA is making the world's smartphones faster, smarter, and more efficient for daily life. 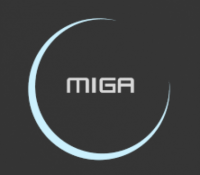 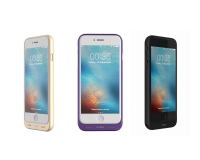