The New App Which Promises to End America's Drunk-Driving Epidemic

Local Talent and Recent College Graduate, Dean Rojas, Is Set to Deliver America from an Endemic with His Fun and User-Friendly Sobriety App.

San Diego, CA -- (ReleaseWire) -- 07/10/2018 --Across the US, there's an epidemic. Excessive alcohol is estimated to be a factor in approximately 40 percent of all traffic fatalities, with more than 1.8 million people being arrested each year for drunk driving. But one gifted college graduate supported by a team of experienced developers is set to change that with his revolutionary app, BUZZ'D.

Dean Rojas, the brainchild behind the app, hails BUZZ'D as the modern solution to solving America's drinking and driving endemic. Not only does his app allow users to easily calculate their Blood Alcohol Content – and if they're over the limit alerts a nominated friend and prompts the user to order a Lyft or Uber – it's also a social network and hub for bars, wineries, breweries and everything in between.

The app even tells users how long it'll take them to become sober and allows them to track what they've been drinking from a vast library of alcohol in a user-friendly way, even if they are already buzzed.

BUZZ'D is an easy-to-use app that works in three straightforward steps. Users set up their profile and nominate a friend, who gets notified by text or email if they become over the limit. This happens by users selecting drinks from a comprehensive database of beverages; tracking what they've enjoyed and at what times. Over the course of the drinking session, BUZZ'D calculates whether the user is okay to drive. If not, their nominated buddy gets notified that they're over the limit so they can arrange for a way to get them home, or the app prompts the user to tap a button to order an Uber or a Lyft.

Not only does BUZZ'D prevent drink-driving, it's also the perfect way for users to see where their friends are drinking and to search for and read reviews of drinking establishments. Users can filter results by categories such as the average price of a drink, whether the business is open at the time of searching or if the venue has outdoor seating.

About BUZZ'D
BUZZ'D is the creation of local college graduate, Dean Rojas, who spent his senior year in college conceptualizing the app. The marketing graduate, who is passionate about preventing drunk-driving, has a team of qualified developers behind him to create the app if their crowdfunding campaign on Kickstarter is successful. The $50,000 that Rojas is asking for by Wednesday, August 1, 2018, will be used to pay his team.

"Hiring a team of superheroes is not cheap, and that is exactly what your donations are going towards. The faster and more funding the project receives, the faster we can get it into your hands! This app will change the way that we think before we drive and your contribution will play a large role in keeping our roads safe! Use BUZZ'D, bee a hero!" 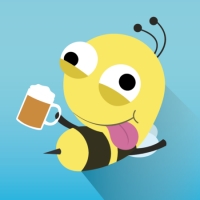 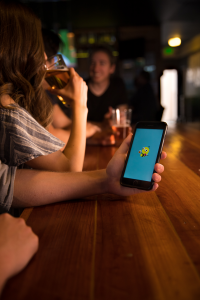