The Node Makes Kitchen and Pantry Organization Easy and Convenient

Portland, OR -- (ReleaseWire) -- 10/17/2018 --Cooking at home is the best way to eat nutritiously and save money on food, but many people avoid it because it is too complicated and time consuming. The Node aims to solve that problem, providing a unique way to store seasonings and other dry goods. The Node is a storage case made from high-quality walnut. It incorporates slots for 26 glass jars. These jars come in four distinct sizes, ranging from 2 ounces to 16 ounces. This way, users can store a wider variety of items than traditional spice racks allow, like dried fruit, nuts, flour and more. Each jar fits neatly into its slot, and it's top is above the surface of the Node about half an inch, making it easy to grab when needed.

The lid of the jar has a chalkboard surface so that users can label each jar based on its contents. The jars fit into the Node in both directions. Users can have the bottom face out to see the ingredients. Then, when they are getting low on something, they can turn the jar around so the label faces out. This makes preparing a shopping list much easier.

In addition to the storage jars, the Node also includes a set of stainless steel utensils, which can be stored in a hidden compartment at the top of the case. The set includes four measuring cups, four measuring spoons and a funnel. The funnel has a wide mouth but can fit into all of the jars in the Node. This makes it easier for users to fill the jars without wasting any ingredients due to spillage.

The creators of the Node have already completed the design, prototyping and testing phases of development and are ready to move forward with full-scale production. To help make this happen, they have launched a crowdfunding campaign on Kickstarter with a funding goal of $40,000. At the time of this release, the campaign had already brought in more than $4,500 and will run until October 21, 2018.

The earliest campaign backers can get a Node for just $175. This is a significant discount off the expected retail price of $250. Backers can expect to receive the Node in December 2018, just in time for the holidays. 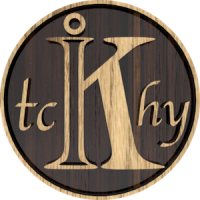