Salem, MA -- (ReleaseWire) -- 12/12/2016 --Last week, both houses of the Ohio Legislature passed a controversial "Fetal Heartbeat Bill" that would ban abortion, without exception for rape and incest, 6 weeks into pregnancy -- often before many women even know that they are pregnant. The Satanic Temple (TST), a non-theistic religious community widely recognized for challenging attacks against Church/State separation, is already claiming exemption from the Bill should it be signed into law by Ohio Governor John Kasich. "To us, the heartbeat is irrelevant to the claim of personhood," TST spokesperson Lucien Greaves explains. "We do not advocate for a belief in the soul, therefore we feel that complex cerebral functions necessary for perception are what makes a person a person. The non-viable fetus (a fetus that cannot survive outside the woman's body) is, we feel, a part of the woman's own body, and it is her choice whether or not she continues the pregnancy."

One of The Satanic Temple's fundamental tenets proclaims the inviolability of one's body. As such, TST affirms that the "Heartbeat Bill" violates the free exercise of the religious beliefs of their Ohio members who might want to terminate pregnancies later than 6 weeks but prior to viability. "Our tenets assert bodily autonomy and uphold Science as the arbiter of claims over what is true, to which we give deference in our decisions. As the Ohio Bill is imposed for no medical purpose and presents no compelling state interest, it is simply a violation of our free exercise, we will fight back against it, and we will very likely prevail" Greaves states.

Recognizing that the increased efforts of theocrats to restrict and ban abortion may lead to more clinic closures and increasingly restrict abortion access in coming years, Greaves ominously hints, "it may be time for a pioneering religious organization to pursue opening clinics that are themselves protected by way of Religious Freedom."

For more information on this issue and other issues affecting The Satanic Temple's efforts to protect the reproductive rights of its members, visit http://www.religiousreproductiverights.com.

About The Satanic Temple
The mission of TST is to encourage benevolence and empathy among all people, reject tyrannical authority, advocate practical common sense, pursue justice, and be directed by the human conscience to undertake noble pursuits guided by the individual will.

For more information about The Satanic Temple, please visit http://www.thesatanictemple.com. 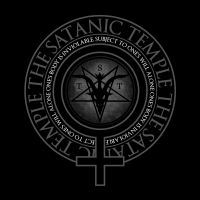