Pasadena, CA -- (ReleaseWire) -- 12/04/2017 --The highly-anticipated pre-apocalyptic drama The Second Coming of Christ begins its Los Angeles theatrical release on Friday, December 8, 2017, at the prestigious Laemmle Playhouse 7 which is located at 673 East Colorado Boulevard in Pasadena, CA.

The film, which follows the gripping yet inspirational journey of an atheist female scientist in a struggle with good and evil who, at the end of times, discovers that true faith can bring miracles.

As per a review by The Dove Foundation, which also awarded The Second Coming of Christ with its coveted Dove Foundation's "Faith-Friendly" seal, the film "does a good job in pointing the way to Jesus as mankind's only hope."

The Second Coming of Christ marks the directorial debut of Daniel Anghelcev. Diana Angelson (as Diana Busuioc) wrote the screenplay that was produced by Anghelcev's Flawless Productions along with 7Heaven Productions and Film Brewery.

For further information, to schedule an interview or request an advance copy of The Second Coming of Christ to review, please contact Lauren Lewis at 818-970-0052 or llewispr@aol.com. 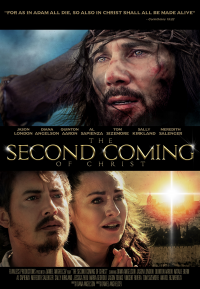 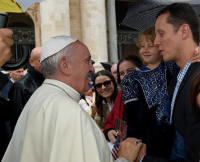