The Smith III's mission for their new Children's pop album, Celestial, releasing in August is to inspire teens of all backgrounds with their music.

Chester Springs, PA -- (ReleaseWire) -- 03/19/2018 --It's not often that you find teens with a known purpose, focus, and commitment. Teens that know what they want and go above and beyond to get it. Well, this is the case with The Smith III; these three fresh musicians, Jalyka, Dalyk, and Alyk, who live in Pennsylvania from Florida, have been on this journey since 2009, and have sacrificed everything to fulfill their dreams.

They released their first album Diamond In A Rock, which tackles problems that kids are facing including bullying. Now, for the Smith III's second album, hip-hop genre - Celestial, scheduled to release in August promises to empower teens of all backgrounds to make a difference and be the change they want in the world.

The Smith III is set to release single, Giants, from their new album, Celestial in the coming weeks. "Giants is about speaking out about stereotypes set by society, to remind us all of the people before us who pave the way for us", said Jalyka Smith, a member of The Smith III.

From a young age, The Smith III has been on one mission to become positive role models for teens while delivering great music and exceptional entertainment with their live shows. The group is a fascinating presence both on and off stage. Their show will leave you inspired and yearning for more.

Be on the look out for this amazing musician group, The Smith III and their album, Celestial.To learn more about The Smith III, visit TheSmithiii. Get social @thesmithiii.

Diamond In A Rock Foundation - Logo 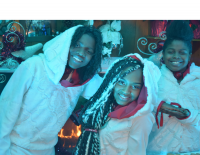 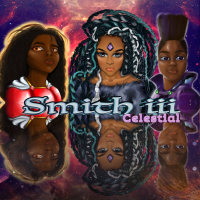