Smart Crowdfunding is slated to carry out strategic marketing initiatives for the ‘Twigle’ campaign on Indiegogo. The Twigle team is crowdfunding to bring a new and improved version of their popular birding App to market.

Bulawayo, ZW -- (ReleaseWire) -- 10/30/2014 --Avelgood Apps has launched a crowdfunding campaign on Indiegogo in order to bring a new and improved version of their popular ‘Twigle Bird Song Id’ app to the public. This campaign has a funding goal of $160,000, which needs to be raised by November 27th in order to launch the full development and refinement phase of the new Twigle. Avelgood describes it as “a cutting-edge birding app that identifies birds by their songs, like Shazam for birds". Since its initial launch earlier this year, thousands of people have downloaded it to their smart-device and experienced the excitement of identifying a bird from its song.

Twigle is very easy to use. A person simply records the song of the bird they are trying to identify and the App uses the sound to identify it, in the same way that Shazam or SoundHound can identify a song by the music. The initial development of Twigle began when the makers received a $26,000 grant from AppCampus (a joint project of Microsoft and Aalto University). Twigle was made available through the Apple store in September 2014, and it has since been downloaded thousands of times. Twigle has approximately 400 birds in its downloadable databases for North America and Europe. Using bird song identification, Twigle can put the correct bird, out of the 50 most common birds, into the top ten at least 70% of the time. The Twigle team wants to improve the App so that the correct bird is in the top three at least 90% of the time.

Avelgood is now fine-tuning Twigle and improving bird identification accuracy. However, this type of process requires costly technical expertise, which is what led them to reach out to the public through Indiegogo. The funds raised with this campaign are being used for: technical experts, purchase of high quality birdsong recordings, acquiring licenses for algorithms, computers, and other miscellaneous project related costs. As an added bonus with this campaign, the creators are offering several funding perks. These perks range in value from a “Thank You Shout Out” perk which allows a supporter to follow the campaign, to Twigle Club levels, various merchandise items and Twigle merchandise sets. Campaign supporters will have the opportunity to be one of the first to enjoy the new and improved Twigle App before it is made available to the general public. Full details can be found on their Indiegogo campaign page.

Avelgood Apps is a technology company based in Bulawayo, Zimbabwe and was incorporated in 2008. They started developing mobile apps in 2012 for several platforms including iPhone, Windows, and Nokia Asha S40 and Symbian, with Android being added to the Twigle list in the near future. Their Apps have been downloaded over 9 million times, and some of the apps have won international awards.

To learn more about the Twigle crowdfunding project Click Here

To contact via email write to Gift Gana at: gift.gana@avelgood.com 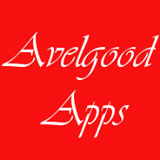