Shenzhen, China -- (ReleaseWire) -- 06/30/2017 --Bobcat technology will launch the world's smallest camera drone named SMAO and begin to raise funds on July 3 at KICKSTARTER platform. And the cost would be $79, which is around one fouth of the price for majoy brands on market.It has some different features. People can take the drone out from pocket and throw it into the sky, control its flying traces using mobile phone screen or gravity sensing. It can fly through the narrow gap or complete the 360-degree stunt rotating. Its 2K camera can meet your high-definition photographing and camera shooting demand, and it can also be converted to the operator's eyes by virtue of VR glasses.

This hummingbird-like drone SMAO is 2.56 inch body size and 40g of weight. People can carry it easily and play with it without much limitation.The mini SMAO is small and it has the high-strength grid structure armor protection, which could remain unharmed after thousands of crash tests. It could stand wind and bump; maintains a smooth flight via the powerful high pressure system during the flight. In addition, its emergency stop and one-key-to-recall functions can ensure it will not harm humen by misoperation.

Here are more functions from SMAO. First, by connecting to WIFI, people can drive SMAO with mobile phone. People can also connect cellphone with a controller, to complete many of the flight actions, such as 360-degree rotating flight, flying through narrow gap, emergency stop and translation. Second, with 2K camera, it could record the footage of daily life. It could make high-definition photographing or 720P video shooting. SMAO can realize the real-time picturing, shooting, picture-transmitting, so the onwer is able to share his moments with friends. Third, by combining SMAO image real-time transmission function with VR glasses, the operator could experience the fun of flight in person, and he can also explore the majority or subtle beauty in the world by virtue of the sharp eyes of SMAO.

"With years of technology accumulation from Bobcat technology, SMAO almost redefines the drone's operation mode."the Product Manager Mr. Lin said. "People could control its flight precisely through the tracks draw on mobile phone screen, and people could also drive SMAO via the gravity sensor on mobile phone." In addition to a variety of intelligent control mode, SMAO also equipped with a number of system languages. With these functions, no matter which country people come from, whatever his flight level, the highly intelligent SMAO can make it easily.

"A technical team full of craftsmen spirit is needed to create such an incredible drone." Speaking of Mr. Lin, said: "After more than 3000 hours of design and development by the team, as well as repeated tests and verifications, SMAO will be introduced to the public soon. I hope the quality, function and price of this drone would satisfy everyone. We create such a product for providing you a truly safe, amusing and intelligent drone, but not for commercial interests, so that all drone lovers can experience the pleasure of flying, and will not be frustrated by high price."

SMAO drone will land on KICKSTARTER platform on July 3. 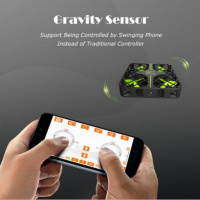 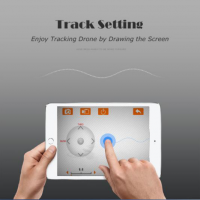