Circleville, OH -- (ReleaseWire) -- 06/13/2018 --Newt's Playing Cards in Ohio has designed a new set of quality playing cards that enables players to enjoy an exciting card game called Zwiercies. The 112 deck of cards can also be used to add a fun twist to other well-known card games, as well as some lesser-known card games, which card players will be thrilled to discover.

With Zwiercies, play Party Poker with nine or more players and discover how to add an intriguing twist to the odds of playing poker. The Zwiercies deck has all the cards you need to play Six-Handed Five Hundred, which usually requires a special 62-card pack. And, with Zwiercies, Solitaire, a card game for one, becomes Super Solitaire. An even more absorbing game than traditional Solitaire, players incorporate numbers 11, 12, and 13 into their sets, which come after 10 and before the Jack. There are also four suited jokers that can be used as "wild" cards with the appropriate suit.

Zwiercies is a 112 set of cards, which includes a typical set of playing cards with special Aces, plus all of the 11s, 12s and 13s for each suit, and four suited jokers. The pack also contains 10 normal, creature non-suited jokers, 12 "Loop" and 12 "Rewind" cards, four "Lose Two" cards, four "Choose Two" cards, and two "Lose Six, Choose Six" cards. Players will need these additional cards to play Zwiercies, a brand new, fun, rummy-style game. Full instructions for play are included with the set.

Zwiercies has been launched on crowdfunding platform, Kickstarter, where backers can get involved in the creation of two further suits in addition to the normal four: Hearts, Diamonds, Clubs and Spades. Stretch goals include plans for a 56-card booster pack that will contain four new suits, including moons and stars. Backers will be able to suggest ideas for the Kings, Queens, and Jacks for the moons and stars suits, as well as the other two suits.

The name Zwiercies is loosely based on the combined languages of German, Chinese and Portuguese for Two2Six which comes out to "zwei-Er- seis."

The court cards in the packs resemble the Jack, Queen and King in a typical deck but they are digitally drawn in a modern, anime style by Rachel Esteph. 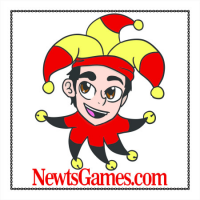