PlayGame is A blockchain-powered direct-to-play gaming platform where gamers can compete and earn pool prizes easily.

Singapore -- (ReleaseWire) -- 09/06/2018 --Anton Soeharyo has been in the mobile gaming industry for 9+ years creating over 50 games and accumulating over 50 millions downloads. Many reaching the top charts in Google and Apple app store. His experiences prove that the struggle is real. Making games is not cheap and monetizing game is hard. Current monetization models like ads need massive amount of users to make sense. Engaging users to spend more on in-app purchases makes the games uncomfortable for most gamers.

PlayGame is his answer for all that. Inspired by e-sports, Anton is building a platform where gamers can create paid competition and win the prize that are pooled from the entrance fee. Using blockchain, gamers from all over the world can join, compete and win PXG. The cryptocurrency created by PlayGame to power its platform. Using smart contract to distribute the pool prizes with no intermediaries. Game developers can even create decentralised-application powered by PXG.

Using competition as a new revenue model, game developers can take 5% from every successful paid competition. This revenue model ensures that even with the same game, monetization is consistent as long as the game is popular. PlayGame's business model is to add another 5% platform fee on top of that.

"The beta version of the platform has just been live for a little over a week and with only 6 games, we have garnered 4681 registered players that played 98,095 times in over 1,571 competitions! We are overwhelmed by the enthusiasm of our gamers and we can't wait to cater millions of people in the coming years ahead" Said Anton Soeharyo, CEO of PlayGame.

Aside from getting support from Venture Capital Ideosource and DNC Indonesia, PlayGame is also advised by veteran technology startups such as Andrew Darwis of Kaskus, Edy Sulistyo of Loket (acquired by Gojek), Oscar Darmawan of Indodax and many more.

In September, PlayGame will be the first project to do its Initial Token Sale on the Tokenomy Launchpad platform, by the founders of Indodax, the largest cryptocurrency exchange by userbase in Southeast Asia.

"I'm a gamer and my belief tells me that everyone is a gamer at heart. Gaming has become a big part of our life. PlayGame can revolutionize the gaming industry. Tokenomy is so proud to guide PlayGame to ensure everything runs smooth and safe" said Oscar Darmawan, founder of Tokenomy and PlayGame Advisor.

About Touchten
Touchten is a mobile game developer and publisher, founded by Anton Soeharyo and partners in 2009. Have made over 50+ games totalling 50,000,000+ downloads in all platforms. Notable games are Royal Garden Tales, Fist of Rage and Dessert Chain for Android and iOS.

About Tokenomy
The Tokenomy platform is a value creation and distribution network that focuses on providing value creating businesses the opportunity to develop and distribute their own cryptocurrencies. Tokenomy also provides a marketplace for valuable tokens to be listed and traded on the crypto-only exchange, focusing on the Southeast Asian market.

Tokenomy is created by the founders of Indodax, the largest cryptocurrency exchange by userbase in Southeast Asia with 1.3 million active users. 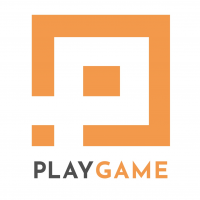 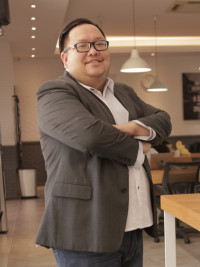