The Centers for Disease Control and Prevention (CDC) estimates that almost 20 million new cases of a sexually transmitted infection occur every year in the United States, half of those among young people between the ages of 15 and 24. While one in two sexually active people will contract an STD by the age of 25, only 12% of this younger population were tested for STDs. Looking at different types of STDs in more detail, statistics for the US population include:

- In 2015 rates of the three most common reportable STDs, chlamydia, gonorrhea and syphilis, all reached record highs

- An estimated 1.1 million people are living with HIV and 1 in 7 don't know that they have the disease

To learn more about Go3Fun.co, read reviews of the 3Fun app from real users, or to download the app and join its worldwide community of welcoming members today, please visit https://www.go3fun.co/, download the app at the Apple Store or Google Play. 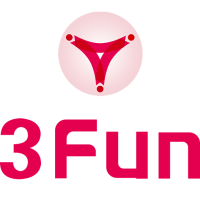