Los Angeles, CA -- (ReleaseWire) -- 11/13/2018 --Little Doors Media, the bright and creative team behind the newly emerging web series Ghosted want viewers to know that if someone they've liked or loved has simply stopped communicating and disappeared, they're not alone. Everyone has experienced the so-called "millennial" phenomenon of "ghosting" — but this may be the first time we're openly speaking about it. Through a series of vignettes inspired by true experiences, the web series Ghosted aims to be a pastiche of forms: An anthology, a web series, and a multi-season show, delivered online, through social media platforms like Instagram and Facebook in Spring 2019.

Their crowdfunding campaign aims to reach a fundraising goal of $25,000, a veritable shoestring budget when compared to most productions and yet a lofty sum for the team, who are looking to stay lean themselves while keeping filming and post-production quality as high as it can be. This tidy sum is spread over 10 episodes for a planned "first season" and the production budget is allocated towards four distinct areas: insurance, for possible accidents on set, permits for on-location filming, equipment and rentals for lighting, sound and cameras and food for the crew and actors. So far, none of the volunteers that make up the Little Doors Media production team are being paid — and they hope to divert the entire budget towards achieving amazing quality for their first season. For the team, it's the storytelling that matters most.

However, the stories on Ghosted have even greater significance because the team plans to donate net proceeds remaining from production to RAINN (Rape, Abuse, Incest, National Network), the nation's largest anti-sexual violence non-profit organization. In fact, so strong is their commitment towards the cause behind the organization, they're planning to pledge 10% of total campaign dollars raised as a priority, and operate off the remainder, even if the entire capital goal isn't met. To that end, there are eight tiers of contributor "perks". $25, for example, gives viewers early access to the entire season of episodes. $10 gives backers a signed script, $35 will earn you a named credit for an episode, and $100 will reward a backer with a chance to accompany the team to their red carpet Hollywood premiere in March 2019.

Through its focused and creative storytelling, Ghosted aims to depict deeply personal experiences of those that are being "ghosted" as well as those that are doing the ghosting. Exploring and humanizing both sides is what the production team hopes to do, answering some questions about why people disappear on each other, just as a connection is about to be forged, without any reason why.

From examining the "heartwarming, to fateful, and even the downright bizarre", the team discovers that the ghosting phenomenon, while easier than ever to do because of the ephemerality of social media and smartphones, touches on a whole host of more serious issues like LGBTQA acceptance and rights, domestic violence, and even sexual assault. It seems fitting, then, that an entire set of stories be crafted around revealing a socially-accepted but entirely unpleasant act that is not just shrouded in mystery but calls for a cease in communication. Speaking about it through film is one path to understanding and mitigating the stigma around talking about the act, if not the act of ghosting itself. 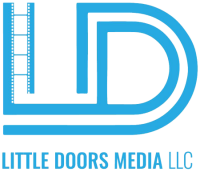