Santa Monica, CA -- (ReleaseWire) -- 05/11/2016 --Too Pretty, a female apparel line that supports a movement dedicated to strong, fierce & empowered girls & women, is now live on Kickstarter and raising funds to bring the project to life.

Founded by Olympic boxing trainer Cary Williams who in a sport where fighters get punched in the face, was regularly told she was "too pretty" to be in the sport. Then they would see her fight and claim she "hit like a boy," which was suppose to be taken as a compliment.

Fast forward 5 years and Williams realized that she was not the only woman hearing this said in the workplace. There were business owners, surfers, managers, race car drivers, writers, bodybuilders... the list goes on. Every day women were accomplishing so much, and being the best at what they were - and yet, the "Too Pretty" comments kept coming. It was time to take action and speak out.

"Being told you are "too pretty" to do something is not a compliment," said Williams, "Once I realized that this was an experience a lot of girls and women have I knew that the brand and the movement had to be created. You are Never Too Pretty to do Anything!"

Williams launched the Too Pretty brand in late 2015 with a few T-shirt designs and halter tops, and along the way inspired a movement that has gone viral on social media. Dubbed the #tooprettymovement is an Instagram project with women and girls posing in black and white photos with cardboard signs telling the world what they are never too pretty to do. Utilizing the hashtags #nevertoopretty #tooprettymovement and #thebeautyinstrength, the project was taken over by Christin Rose who founded the #sheplayswewin movement.

The Too Pretty Brand has included for the Kickstarter campaign a line of apparel including off-the-shoulder hoodies, long sleeve flowy tops, halter jumpers, and more. The sales from the campaign will be used to fund the completion of the Beauty In Strength book documenting the Too Pretty Movement and all backers of the campaign will receive a digital copy of the inspiration book when they share the project on their social media accounts.

"Too Pretty needs to exist in the world to empower girls and women by letting them know that they can do anything they put their minds to," added Williams, "They can still be feminine and be strong and capable at the same time. Just because her nails are painted pink doesn't mean that she can't race that car around the track just like the guys do!"

The Too Pretty Lifestyle Apparel Brand is now live and available to support on Kickstarter: https://www.kickstarter.com/projects/1596561452/too-pretty-never-empowering-movement-and-apparel-f

About Too Pretty
Too Pretty is a lifestyle brand based out of Santa Monica, CA that was founded by a woman for girls and women. Founder, Cary Williams is on a mission to empower girls and women and to let them know they are Never Too Pretty to do anything.

For more information on Too Pretty please visit http://www.tooprettybrand.com 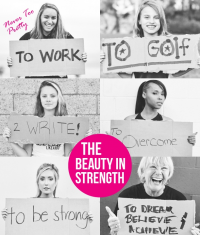 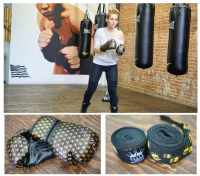 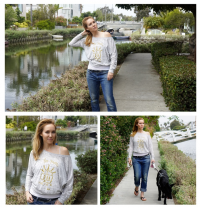 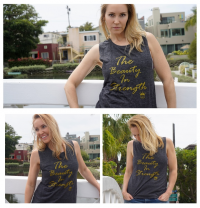