Toronto-based singer-songwriter Kristen Karma has released her new single and lyric video for "Try." It is the follow up to Top 20 iTunes hit, "Party Heroes."

Toronto, ON -- (ReleaseWire) -- 06/28/2019 --"Kristen Karma is one of those musicians that knows what she wants to offer to her audience and does so with...fun, enjoyment and lots of catchiness" - Music Existence

"Pulse-pounding and infectious...Kristen Karma is ready to make a strong impact" - TunedLoud

On April 6, 2019, Toronto's Kristen Karma issued her springtime dance anthem, "Party Heroes." The song immediately shot into the iTunes Pop Songs chart, reaching #19. Since then, the single has amassed over 30,000 Spotify streams, while the accompanying lyric video has over 8,000 views. The track charted on the Airplay Today Pop radio charts, too. "Party Heroes" has propelled Karma into the national and international spotlight, with appearances on countless websites, radio shows and video outlets.

On Friday June 28th, Kristen Karma looks to build upon her successes with her next single and lyric video release, the self-penned, "Try."

Watch the lyric video at https://youtu.be/S60KE6Hag2k.

Kristen Karma will perform live at The Supermarket in Toronto on July 27th with special guests Emily Mac and Veronica Sabah. https://www.facebook.com/events/332850317417293/

About Kristen Karma:
In 2013, Kristen Karma was selected as one of two performers to play the Lady Gaga Born This Way Ball After-party and open for Tour DJ/Lady Gaga BFF, Lady Starlight in Vancouver. With rave reviews from her performance, Kristen went on to work with lil'Jon on her single "Sirens."

In 2017, Karma opened for Grammy Award Winner Akon in Guelph, Ontario on his Canadian Promo Tour. Hot on the heels of her performance, Kristen was approached and selected to play the Lady Gaga – Joanne World Tour VIP After-party, once again in Vancouver, following Lady Gaga's performance at Rogers Arena.

Karma has a certificate in Audio Engineering from Hot Sole Music, She has studied voice with Judith Rabinovitch, who has worked with the likes of Avril Lavigne and Sarah McLachlan. 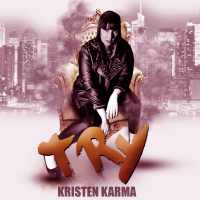 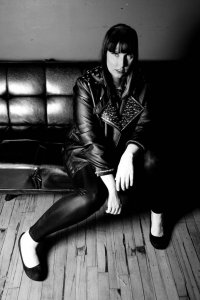