Top Hollywood and Bollywood Personalities to Attend the 23rd Annual Mr. & Miss India America and the Elite Awards in LA

The 23rd Annual Mr. & Miss India America is scheduled to take place on August 8th, 2015 at the LAX Renaissance Hotel in Los Angeles, California. The fashion, beauty and entertainment gala extravaganza is to be attended by a bevy of Hollywood and Bollywood celebrities, and will also serve as a stage to honor talents from the entertainment industry during the Elite Awards presentation ceremony.

Los Angeles, CA -- (ReleaseWire) -- 08/06/2015 --Founded in 1992 by Jinnder Chohaan, the Mr. & Miss India America beauty pageant is in its 23rd year and is already an international phenomenon. The event promises to be an incredible cultural experience, celebrating Indian beauty and talent on a global platform, in front of VIP guests from the glamour and entertainment industry. Celebrity red carpet arrivals for the event are to take place after 6 pm, followed by dinner, post-awards beauty pageant ceremony and an After party. The Mr. & Miss India America pageant will be presented by South Asia Magazine, Wells Fargo and JINModels.com.

According to Jinnder Chohaan, founder of Mr. & Miss India America beauty pageant, top Bollywood filmmaker Anil Sharma (known for hit movies such as Gadar, Veer & Apne) will feature as one of the official judges for the pageant. Well known Hollywood producer, Sunil Perkash, who in past has delivered blockbusters such as Salt (starring Angelina Jolie) and Premonition (starring Sandra Bullock), will also be present as a guest at the pageant.

The Elite Awards are also scheduled to take place before the Miss India America pageant, with Randall Emmett and Adi Shankar, both famous Hollywood personalities, as guests of honor. Both Randall and Adi are well known in Hollywood and have collaborated with some of the top A-listers in the past. Randall Emmett has produced Hollywood blockbusters such as 2 Guns (starring Denzel Washington), Empire State (starring Liam Helmsworth), Escape Plan, Rambo (starring Sylvester Stallone) and 16 Blocks (starring Bruce Willis). Adi Shankar is famous for his acclaimed performance in recent blockbusters such as Lone Survivor (starring Mark Wahlberg), Killing Them Softly (starring Brad Pitt), Broken City (starring Kurt Russell) and The Grey (starring Liam Neeson).

The Elite Awards is presented every year to those who have excelled in the entertainment industry and serve as a role model for other aspiring actors and filmmakers. In the past, Elite Awards has been awarded to prominent Hollywood personalities and legends such as film director Gary Marshall (known for Pretty Woman), actor Steven Seagal, film director Shekhar Kapur, and top Bollywood celebrities such as Anurag Kashyap, Kunal Kohli and veteran film director Subhash Ghai among others.

Besides being an annual cultural mega-event, the Mr. & Miss India America beauty pageant also serves as a common platform for prominent and emerging talents from the fashion, media and entertainment industry. Many of the pageant's past winners are now active in Hollywood and constantly feature in some of the top movies and TV shows. Melanie Kannokada, a former Miss India America, currently stars in the HBO comedy "The Brink" along with Jack Black and Tim Robbins and is all set to feature in a CBS thriller-drama "Code Black". Nishi Munshi, winner of the Miss India California, can be seen on CW's latest hit vampire TV show "The Originals". Whereas Hasan Minaj, a former Mr. India California is a regular on the "The Daily Show with Jon Stewart".

Talking to the media, Maya Charuni Sarihan (Miss India America, 2014) said about the beauty pageant, "About a year ago, I embarked on a remarkable journey that led me to become Miss India America. Though "pageant girls" are supposedly manicured and poised, I think this journey has actually taught me to be 100% true to my crazy self, whether behind the camera or in class. So here is to more candid adventures, and laughing like a 5-year-old at absolutely nothing!" Besides being the current title holder, Miss Maya Sarihan also happens to be a singer, and is currently a pre-med student.

About Cloud 21 PR
Cloud 21 PR is a full-service Publicity, PR and Social Media marketing agency with deep roots in the Digital media industry. Over the years, Cloud 21 has been serving its clients in the media by developing effective social media strategies and successfully organizing live events, red carpet premieres, luxury gifting suites and brand launch ceremonies.

For more information about Cloud 21, please visit the website http://www.cloud21.com 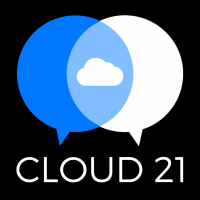