Los Angeles, CA -- (ReleaseWire) -- 01/28/2016 --LA speech therapy has done extensive research regarding the differences between male and female voice patterns to assist them in male transgender voice therapy. They have discovered some key differences which serve as the basis for the therapy services they provide. What the research has found is that there are considerable, yet controllable variations between male and female speech patterns.

Male transgender voice therapy is a new and growing discipline, and various exciting discoveries are continuously being made. Researchers are constantly uncovering new findings that can be applied to the male transgender voice therapy field. There are of course, very distinct differences between the way in which men and women speak, which are as much biologically driven as culturally driven.

The expert speech pathologists at LA Speech Therapy have gone through much literature and painstaking research to compile an exhaustive list of ways that men and women can systematically alter their voice to sound more like the gender of their preference. They have analyzed the specific ways in which men and women speak to better understand how to prescribe advice for speech pattern change.

As intuitive as the subject seems, there are actually surprisingly complicated variations between male and female voice patterns. One of the main differences is that women have a more lilting, mellifluous sound, whereas men tend to have a more monotone, flat, baritone sound. These are biologically driven, however, they also have a largely socio-cultural component, which, according to LA Speech Therapy, means that they can be learned and unlearned. This is a key insight in the development of male transgender voice therapy.

To further learn about how they can help you, please call 323-954-0887 or visit our website at LASpeechTherapySolutions.com 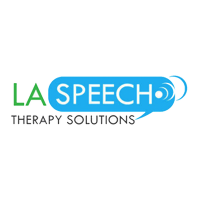